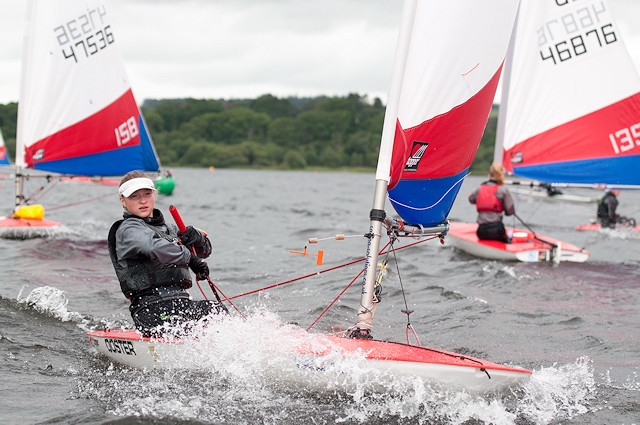 Daisy Fisher, 14, has become the first female member of Hollingworth Lake Sailing Club to be accepted for a national squad.

She was recently accepted for the Royal Yachting Association (RYA)'s National Squad, after being in the North Zone Squad last year, a training squad for promising sailors in the north.

The Todmorden High School student started sailing a Topper Dinghy just after Easter in 2017. She won the first event she entered which was the Lancashire Schools Sailing Championship in the Under 14 category.

She has also been accepted for the RYA UK Junior Topper Girls Squad after she was ranked the sixth Under 15 girl in the country following results from the National Championships and three national events.

Since its formation in 1946, the Hollingworth Lake Sailing Club has played a prominent role in the sport of British dinghy sailing. The club is home to a number of national and world champions and Olympic silver medallist, Stuart Bithell.

The Hollingworth Lake Sailing Club Commodore, Andy Carter, said: “This is a great achievement for Daisy, particularly as she is relatively inexperienced. She has shown a fun attitude, worked hard and been well supported by her parents.

“This is very promising for the future of our sailing club, that like many in the region, has seen a recent revival in fortunes as we promote ourselves more in the leisure market.”

Daisy has been having a successful year in sailing; in the 2019 North West Topper Traveller Series, she placed as first female and third overall.

This year, Daisy started sailing on the national circuit, competing with up to 180 other Topper sailors in events around the country. She will be finishing the year 87th overall out of 244 and 24th female out of 87, including a top 10 finish in Plymouth.

She has competed at the 2019 World Championships in Medemblik, Holland where she placed 18th in Silver Fleet. Fleet racing normally involves fewer strategies and tactics for the sailor in comparison to match racing.

Usually in fleet racing, the most important factor in the outcome is the speed of each boat during the race.

She was awarded second Junior at the Leigh and Lowton Tipsy Icicle Series in March earlier this year.

Daisy also competed at the National Championships in Largs, won a race and came eighth overall in Silver Fleet.

Her North Zone Squad coach, Curtis Mearns said: “Daisy is an amazingly talented individual. Her selection for the national team is indicative of her future success and I’m immensely proud to have had the opportunity to coach her.”