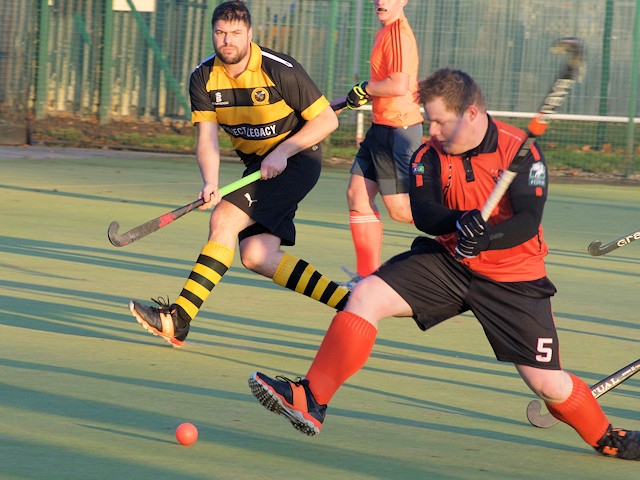 Rochdale took on South Manchester on Saturday 30 November in their last away game before the winter break. The game was in doubt due to an earlier one being called off for a frozen pitch, but thankfully the go ahead was given for an enthusiastic Rochdale side.

Energetic from the start, Rochdale were soon on the offensive after some interceptions on the right hand side. With South Manchester unable to break the Rochdale press, chances started to come early on. One these was expertly scored by Sean Carney, who beat a defender at the top of the D before lashing it in the corner with a low reverse stick strike.

Rochdale continued to dominate most of the first half and maintained a high line and most of the possession. A few chances did come for South Manchester as they started to find a way through, but they were dealt with well by the Rochdale defensive line.

As South Manchester did get higher up the pitch, space appeared behind them for the Rochdale forward line to exploit. It led to more chances, but unfortunately not to more goals and at half time it was 1-0 to Rochdale, with basically more of the same wanted in the second half.

South Manchester came back stronger in the start of the second half, forcing Rochdale to dig in and win the midfield battle for possession. Gradually Rochdale did do, and pinned Manchester back for most of the middle of the second half. Again more chances were created but unfortunately they were not converted into a better lead.

With the score still 1-0 going into the last ten minutes, Manchester started to commit more men forward in search of an equaliser and did create two match winning chances. Fortunately the first of these, a straight strike from around the P spot, proved to be more of a problem to the pigeons in the car park than Rochdale's keeper Jimmy Deacy. The second was closer, leading to a goal line clearance from the alert Liam Nutter.

With some shouts of enthusiasm from the supporters and each other, Rochdale dug in, to keep a clean sheet and were awarded their own penalty corner as the last play of the game thanks to smart play from Adam Massey. Unable to convert the rebound after a good initial shot, the game finished 1-0 to Rochdale to give them a much needed and deserved win.

The Flying Horse Man of the Match was named as Manny Ahmed, who edged it after another solid performance.

Captain Tim Liptrot said: "Hopefully this will give us the confidence we need going into the last home game against Fylde next Saturday before the festive break."