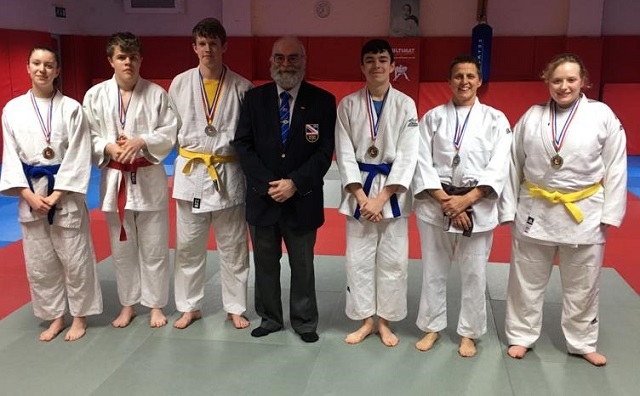 There were two categories: Men and Women.

“Her winning throw was tani-otoshi, a rear sacrifice move.

“The men's contests were much more closely fought.

“Liam Ellis, Oeian Mason and Adam Tasker were well matched, but Liam eventually conquered both his opponents with yet two more tani-otoshi sacrifice throws, to take the gold medal.

“Adam Tasker deserved his silver and Oeian Mason, having beaten Adam last week at a competition in Kendal, lost this time to him and took home the bronze.”

Rochdale Judo Club Chairman Warren Schofield said: “I would like to thank Dave Harrison for his fairness and for officiating.

“And congratulations to all the contestants for their standard of judo skills and the sporting attitudes that they had demonstrated.”