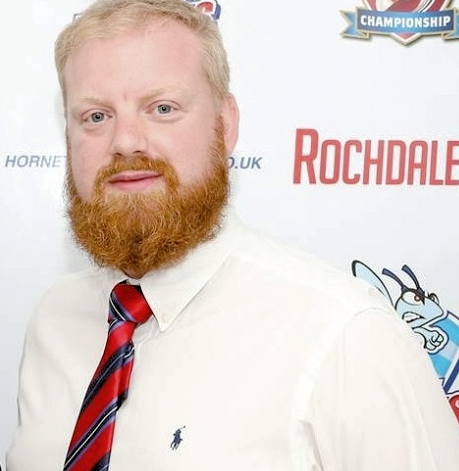 Members of Rochdale Hornets have voted to transfer ownership of the club to a consortium led by Andy Mazey.

A total of 136 members - 69% of the total membership - all voted to back the move, with no opposition.

It is the first step towards the group taking control of Hornets, with a further vote now required to verify the move on 23 December as part of the supporter-owned regulations that the club currently operates under.

Mazey – who will take a 20% stake alongside fellow directors and owners Tony Sheridan, Richard Heyes, Peter Smith and current club president Paul Ormerod – has hosted a series of fan engagement sessions to outline their vision for Hornets.

Each have been positively received, with the club now hopeful of formally completing the change of ownership early January.

Chief executive, Steve Kerr said: “The vote has clearly shown the backing that Andy Mazey and the consortium have to take control of the club after a decade of being supporter owned.

“Fans have wholly bought into their vision for the future of Rochdale Hornets, and we have already seen a surge in positivity around the club since they first announced their intentions.

“We have had an outstanding response both to the launch of our new kits for the 2020 season, and the reunion of our 1989 Boxing Day team for the Law Cup clash with Oldham on 12 January, which is being organised in partnership with the Past Players’ Association.

“At the same time our loyal supporters have staged highly successful fund-raising events in recent weeks that have further boosted both finances and the feel-good factor around the club.

“The positive impact has extended to increased social media activity, general media exposure and players looking to join the club, and this is just the start of what is a new and exciting era for Rochdale Hornets.

“The change in ownership now needs a further level of confirmation from the membership and the backing of the RFL, but the results of the vote have given a huge boost of confidence both to the consortium and the club itself.”