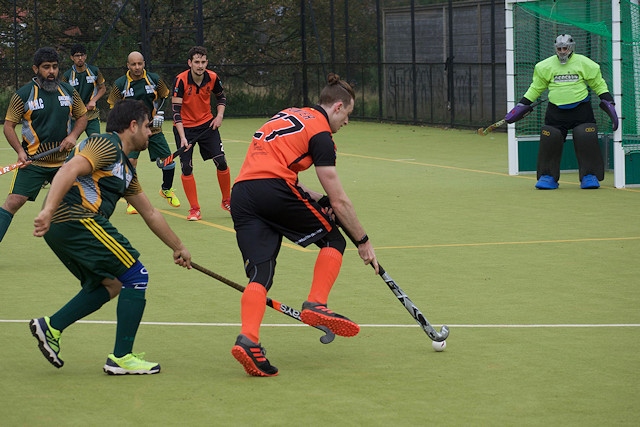 Saturday (7 December) saw Rochdale Men's Firsts travel to Leigh Manchester and Rochdale started the game the stronger side, having plenty of the ball in the first fifteen minutes without creating any gilt-edged opportunities.

It was however Leigh that opened the scoring with a goal against the run of play.

Rochdale continued to dominate territory and possession, creating a few chances in the process while remaining frustrated. When the equaliser came from Barry Gumbley towards the end of the first half, it should have lead to more goals for Rochdale, but it remained 1-1 at the break.

The second half continued in similar fashion, though Leigh threatened on the counter attack with winding runs into the Rochdale D. This led to several penalty corners, yet Rochdale resisted each of them and looked the more likely to go on and win the game.

However, when a player was lost to an unfortunate incident in the Leigh D involving an accidentally bloodied nose the game became a little fractious and there was still time for incident.

Leigh shouts for another penalty corner fell on deaf ears when the umpire deemed it was a clean tackle by Rochdale goalkeeper Brian Robinson. Rochdale themselves were denied a late winner after the ball was judged to have crossed the byline from a mazy run by Aaron Hunter before being swept home by James Shepherd.

All in all, Rochdale will feel a win was there for the taking, but were thwarted by an experienced opposition and a point was probably a fair result.