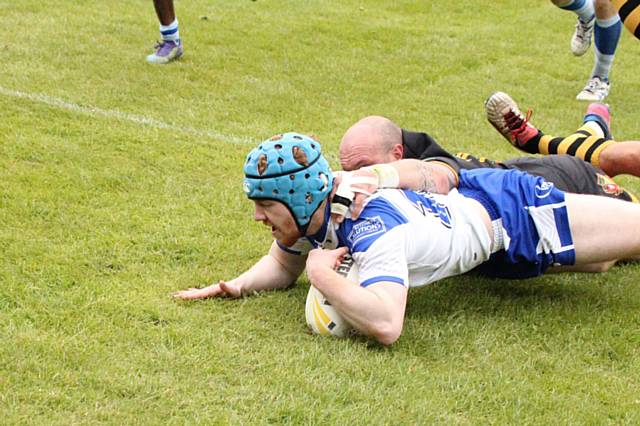 Brothers Lewis Sheridan and Declan Sheridan have signed with Rochdale Hornets for the 2020 Betfred League One season.

Lewis Sheridan joined the club from Rochdale Mayfield during last season, and made 12 appearances for Hornets scoring two tries.

He had previously featured for Rochdale in 2014 under Ian Talbot, and was brought back to the club by current head coach Matt Calland.

Declan Sheridan joins with plenty of exprience from the amateur game and will add excitement to the team in 2020.

"I'm happy to sign for my hometown club and to have the opportunity to play at a higher level," said Declan.

"It's a tough challenge and one I'm really looking forward to.

"To have a coach of Matt's calibre was a big draw as we have a good relationship and he knows how I play, so I'm hoping for a positive year as a team and individually."

On the announcements, Calland added: "Declan has achieved so much in the amateur game having represented England Community Lions Under 18s in Canada and England Lions Under 23s at the Commonwealth Games in Australia, and the Barla open age to Fiji.

"It is now the right time for him to challenge himself at a higher level. He is an exciting player with his darting runs from dummy half and a great turn of speed.

"Lewis was at St. Helens as a kid on their scholarship programme, and was captain of Mayfield last season. He has also represented England Lions on a tour to Fiji and is a very versatile player who knows where the try line is."