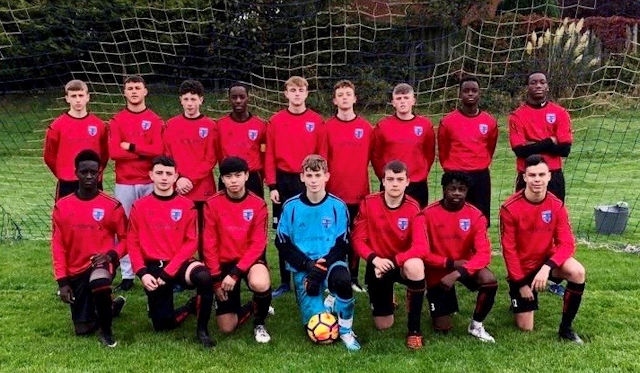 The Rochdalians U16s football team are preparing to face a team from India in a friendly match later this month.

The side will play against the Royal Football Academy, from Maharashtra, at Kingsway Park High School on 29 December.

Rochdalians’ coach, Wayne King, has been given the exciting opportunity to lead his squad in an international friendly against a team from India, organised by Calibre Sport Management, a company aiming to give aspiring football players opportunities to compete and showcase their talent.

After receiving an email from the coach of the opposition, Mr King decided his team, formed in early May 2019, were ready for a challenge.

He said: “I have a complete strong team of excited lads, and the whole squad is ready to share the pitch in order to beat the opposition.

“It’s a strong but fair team; if you miss training, you’ll be behind, especially considering all of our boys switch positions to make sure no man is left behind.

“These kids only train for 40 minutes a week, and always give it their best.”

And although mistakes can be made, the team always manage to bring it back.

“Even after losing their first four league games, the boys were thrown into the premier league and were the better team every time, winning the next five,” Mr King continued.

“We always rectify our mistakes. I don’t need to shout at them from the side-lines: they’re young men, and they should know what they’re doing.”

The match, which is free for all to attend, will take place at Kingsway Park High School on Sunday 29 December, kick off at 11am.

After that, all are invited to a disco at Wellfield Social Club.

Mr King added: “It’s so much better finishing in that way than with a simple handshake and going home; these guys have come a long way.

“Medals and mementos are likely to be given out, in order to celebrate such a fantastic opportunity which had been given to our boys.”