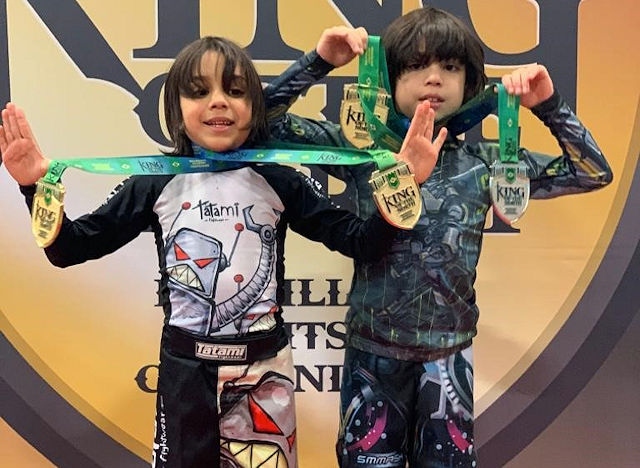 Collin and Andrew Perez show off their medals

Two brothers from Rochdale earned podium positions and three gold medals between them at the Brazilian Jiu Jitsu King of the North competition in Leigh on Saturday (14 December).

Andrew, a grey belt, has been training since 2016 and has been active on the UK’s BJJ competition circuit since 2018.

Collin, who holds a white belt, has been training for just over a year and has only been competing in the sport since December 2018.

Between them, the brothers, who both train at Team Sukata in Warrington, have this year alone won 25 gold medals, 24 silvers and six bronze.