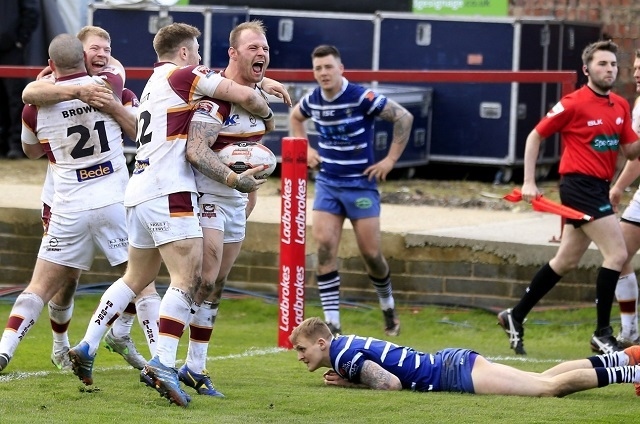 Shaun Ainscough has signed a new deal with Hornets

Shaun Ainscough has re-signed with Rochdale Hornets for the 2020 Betfred League 1 season.

Ainscough, 30, joins Hornets ahead of the 2019 season, scoring nine tries in 26 appearances.

On the new deal, he said: "I am happy to have re-signed with Rochdale and build again with Matt [Calland] as coach.

"Coming from a professional rugby background, he knows what is needed to build the team back up and hopefully compete and give the fans some great battles with other teams throughout the year.

"After a tough season, this year it is only right I go another year and give 100% every week for the fans, the team and family."

Head coach Matt Calland added: "I am really pleased to have Shaun on board again in 2020.

"He was our best outside back last season and he played consistently well in a beaten team each week, and that says a lot about him.

"He is great to have around the club and he is a fan's favourite and certainly knows where the try line is."