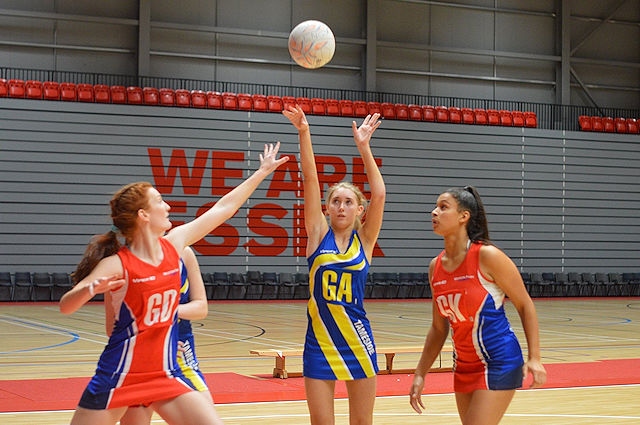 Rochdale netball player Emma Fletcher and her Tameside U16 teammates have become national champions after winning the inaugural ENG National Netball Cup tournament, which was held at the Essex Sports Arena on 8 December.

Goal attack Emma, 16, and the rest of the Tameside team overcame tough opposition to secure the first-ever ENG U16's Netball Cup title which also meant they qualified for the ENG U16's Netball Super Cup in Gibraltar on 16 February 2020.

Tameside competed against teams from all over the country including local North West teams Oldham and Trafford. They beat Trafford 10-5 in the semi-finals before securing a spot in the final against one of the competition favourites, Weston Park Blades.

The Hampshire team started fast, quickly becoming 3-0 up, but Tameside quickly levelled the game and stormed into the lead before ultimately winning with a 9-8 victory.

Emma, who lives in Hurstead, began playing netball when she was around six, with, after her elder sister Hannah, then aged around eight, took part in a netball in the community session in Oldham.

A Year 11 pupil at Rishworth School, Emma has previously played for Rochdale and Bury before joining Tameside and Manchester Thunder U17s.