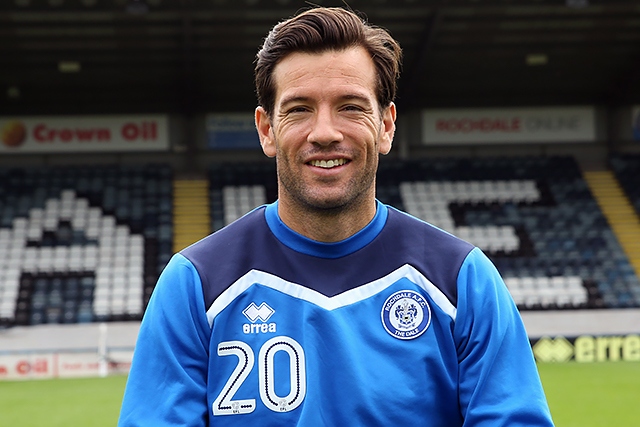 Rochdale AFC are preparing to face Newcastle at the Crown Oil Arena in an Emirates FA Cup Third Round fixture tomorrow (Saturday 4 January) in a first meeting for the clubs.

The game has been selected for live TV coverage and the match will kick off at 12.31pm, as all Emirates FA Cup Third Round fixtures are delayed by one-minute to focus on mental health in a historic first.

A powerful new film starring famous faces from the world of football, narrated by His Royal Highness, The Duke of Cambridge will be played before the matches, encouraging football fans to ‘Take A Minute’ to start taking action to look after their mental health and that of their family and friends.

The film forms part of a collaboration between Public Heath England’s Every Mind Matters, and Heads Up (a partnership between Heads Together and The FA).

While the collaboration is aimed at everyone including players, supporters, friends and families, it’s widely recognised that football can be a powerful way to reach men in particular. There are over 15 million football fans in England, 69% of whom are men.

A national YouGov survey commissioned by PHE shows that men are less likely than women to seek help or take self-care actions for early signs of common mental health concerns.

Heads Up is a season long partnership between The FA and Heads Together, and spearheaded by HRH The Duke of Cambridge, which uses the popularity of football as a vehicle to generate the biggest ever conversation around mental health.

Mark Bullingham, The FA’s Chief Executive, said: “We hope that the symbolic 60 second delay to all Emirates FA Cup Third Round fixtures will be the start of a journey for better mental health for the millions who will be watching one of English football’s most famous weekends.

“We’re delighted to have an association with Public Health England for this Round and to signpost fans to their ‘Every Mind Matters’ website, one of the simple steps that is readily available to drive change.”

The game is an all ticket match and at the time of writing, fewer than 400 home tickets are available.

Fans have until midnight on Friday (3 January) to purchase online at: www.rafctickets.co.uk/events.aspx

Alternatively, tickets are available to purchase in person at the Ticket Office or over the phone on 01706 644 648 (option 8).

The Ticket Office will be open until 5pm on Friday.

Those in need of immediate support can text ‘HeadsUp’ to 85258 to be connected to a trained crisis counsellor. This service is available 24/7, and free to text from most mobile networks.

Fans can search Every Mind Matters to create their own personal mental health action plan or visit www.everymindmatters.co.uk

The Emirates FA Cup Third Round between Rochdale and Newcastle kicks-off on Saturday 4 January at 12.31pm.