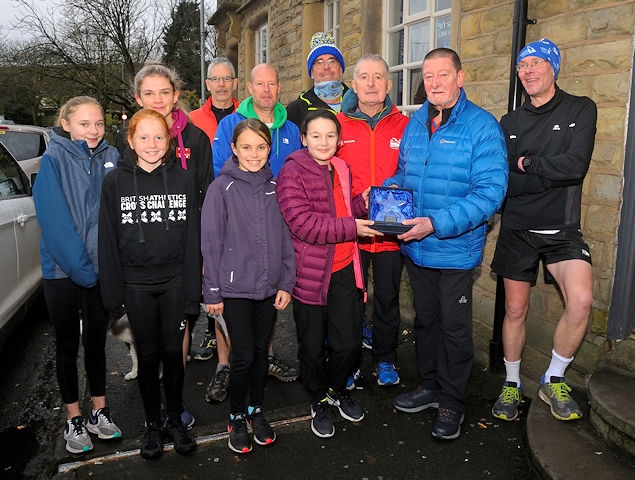 A total of 98 people took to Cowm Reservoir in Whitworth for two laps of the scenic reservoir with Sam Tosh winning the race in a time of 16.05, whilst Eleanor Bolton was first lady in 17.06.

A total of £350 was donated to basketball star Mollie, of Whitworth, who receives no funding to pursue her sport.

Mollie will be travelling to China later this month to play in February's qualifying tournament for the Tokyo 2020 Olympics.

She was most recently part of the Great Britain squad which placed fourth in the EuroBasket tournament, and was part of the GB team which won a Commonwealth silver medal in 2018.

Race organiser, Andy O’Sullivan MBE, of Andems Runners, said: “Andems are delighted to have honoured Ian on his 70th. Ian has been a stalwart Rochdale Harrier and, for many years, has organised the Rochdale 10K.

“Mollie is an inspiration to youngsters in the UK, and we wish her the best of luck.”