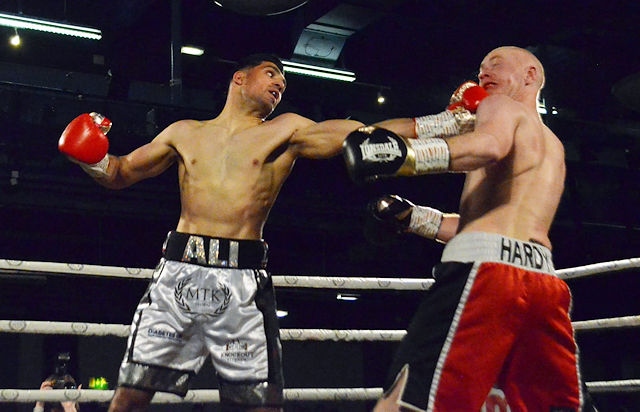 Ali knocked Hardy down in the first round, going on to win every following round

Rochdale boxer, ‘The Diabetic Kid’ Muhammad Ali won his latest fight against Nathan Hardy at the University of Bolton Stadium.

The fight on 20 December was undefeated Ali’s sixth bout as a professional, seeing him take on his first six-round fight.

Ali knocked Hardy down in the first round, going on to win every following round to be named victor.

His manager, Asad Shamim said: “Ali won in exceptional style and form. He stole the show with many praising his performance.”

It is expected that Ali will progress to eight-round fights this year.