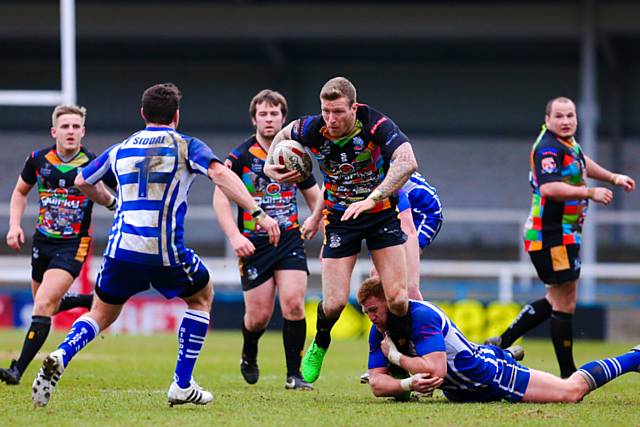 Rochdale Hornets has announced the signing of Dale Bloomfield for the 2020 League 1 season.

Bloomfield, 31, returns to the Crown Oil Arena for his third stint with the Hornets, where he established himself as a fan favourite across five seasons with the club.

He last featured for Rochdale in the 2016 promotion-winning final in Toulouse, and will return after spending time with North Wales Crusaders and Hunslet.

"I'm excited to be returning to Rochdale Hornets," he said.

"I had a successful time at the club and feel like I've played my best rugby there and have some unfinished business.

"I had a good connection with the fans so I'm looking forward to be playing in front of them again, as well as working with a top coach in Matt Calland."

On the signing, head coach Calland added: "I'm really excited about Dale coming back to the club.

"I coached him as a youngster and recognised his talent then, and since then he has developed into a quality player at this level."

Rochdale Hornets face Oldham in the Law Cup on Sunday (12 January) at the Crown Oil Arena, with a 3pm kick off.