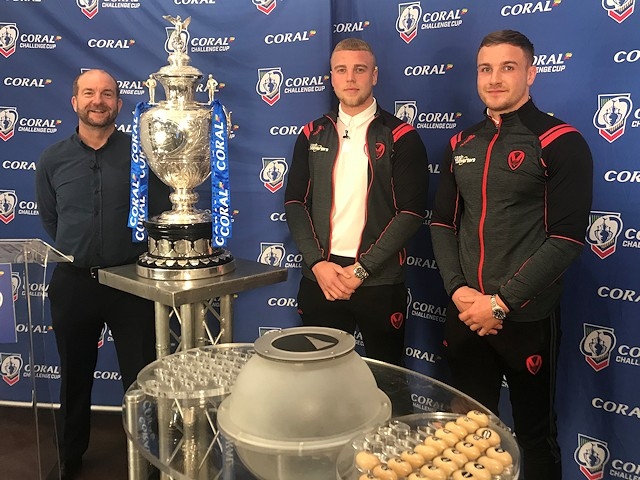 Both Rochdale Hornets and Mayfield have received home ties in the Coral Challenge Cup third round draw.

Drawn at Crown Oil Arena on Monday night (27 January), Rochdale Hornets will host York Acorn of the National Conference League, while Rochdale Mayfield have an intriguing tie against North Wales Crusaders of League 1.

St Helens and England Knights forwards Jack Ashworth and Matty Lees, who both played for Mayfield as juniors, pulled out the balls.

The ties will be played on the weekend of 8-9 February, with the fourth round draw being made in Halifax on Monday 10 February.

As in the previous two rounds, one third round tie will be selected for live streaming by BBC Sport, and another by the RFL’s Our League app.