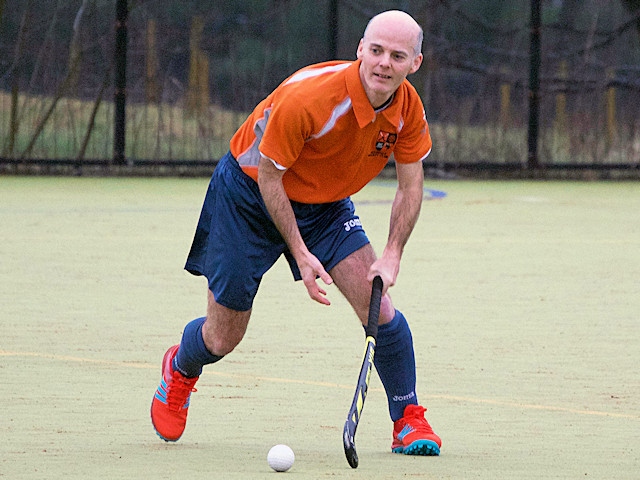 Saturday 1 February saw a depleted Rochdale Men's Second team looking to beat Lancaster and Morcambe Mens's Second team at Oulder Hill. With a bare 11 and at least two players not fully fit, it was not going to be easy for Rochdale.

The opening 10 minutes was good however and Rochdale were very much in the game, with top scorer Sean Carney striking a fierce shot which was deflected over by the keeper. Rochdale managed another couple of half chances but Lancaster won a penalty corner on the counter. It was initially defended well as the Rochdale defence forced them out of the D, but a first time cross just wide of the left post found an experienced head to slot it home and put Lancaster in the lead.

With everything still to play for, Rochdale put the resolute engines of Manny Ahmed and Bjorn Brauns at inside forward and again started to have the better of the open play, seeing a couple of good chances going begging and being denied by the post on a couple of occasions but Rochdale were briefly reduced to ten men after a green card was shown for dissent.

Lancaster won another penalty corner just after Rochdale got back to 11 men and hit it home with a solid strike into the bottom corner to give them a 2-0 lead at half time. Missing captain Tim Liptrot's calming influence at half time meant it took Rochdale heads a while to settle and find a positive plan for the second half.

Rochdale began the second half with a strong passion and determination to find the goal that would have got them back into the game but it wasn't to be. While Lancaster had chances from open play, it was Rochdale who had the better chances and more possession, hitting the post twice more and forcing some good saves.

It was Lancaster who would get the last goal of the game though. Again from a penalty corner, the ball was switched and struck in ruthlessly. Penalty corners must be well drilled at Lancaster, as they scored 3 out of 5 attempts. Rochdale played on to get a goal but the toll of no substitutes started to show, even with the great spirit showed from the likes of Andy Meanock playing through a torn hamstring.

The Flying Horse Man of the Match went to David Marlow as once again he was key to the fact we did not concede from open play. Rochdale will aim to take more players to Preston next week to try and get back to winning ways.