You are Here: Home » News » Sport News » Matty moves from karting to cars with Team BRIT

Matty moves from karting to cars with Team BRIT 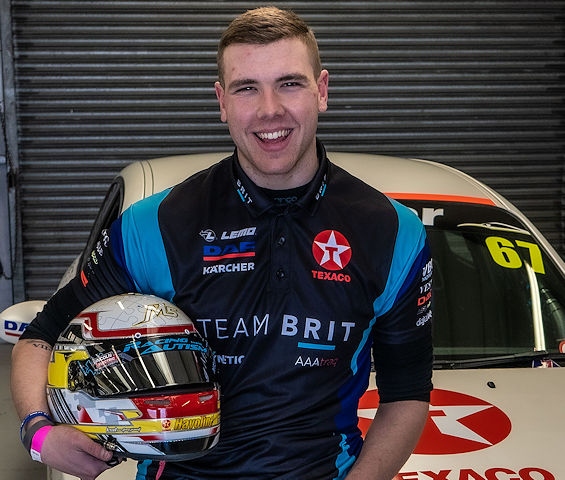 Rochdale kart driver and entrepreneur, Matty Street is preparing for his first full season as a racing driver with motorsport’s most inspirational team.

The 24-year-old who lives with autism, is about to start pre-season training with Team BRIT, an all-disabled racing team. Team BRIT aims to be the first British all-disabled team to race in Le Mans, and supports people with physical and psychological challenges in accessing motorsport through its Racing Academy.

Having raced with the team for part of the season in 2019, Matty will now be one of the team’s four rookies racing in the Britcar Trophy Category in a BMW 116. Experienced racers Bobby Trundley and Aaron Morgan will race in the team’s Aston Martin V8 Vantage GT4 in the Endurance Category.

He studied motorsport engineering then went on to secure a degree. He worked at Rochdale TeamKarting circuit while studying and became Executive Manager at the age of 19. In July 2017 he raised enough investment to buy out the business and become CEO. It is now the UK’s highest rated karting track and has won an award for being Autism Friendly.

Matty said, “I’m super pleased to be with Team Brit for another year. Last year was my first taste of car racing, and I really enjoyed spending time with the team. I’m looking forward to building on that for 2020.

“The team has really come onboard with my mission to raise autism awareness and promote the good the sport can do for people on the spectrum. Our Racing with Autism kart team is helping more young drivers coming up through the racing ranks and that’s fantastic.

“TeamKarting has played a big role in promoting autism awareness and I am just thrilled to be on the same path with Team Brit. Let’s see what this year brings!”

Matty’s first race is due to be held on Saturday 11 April at Donington.