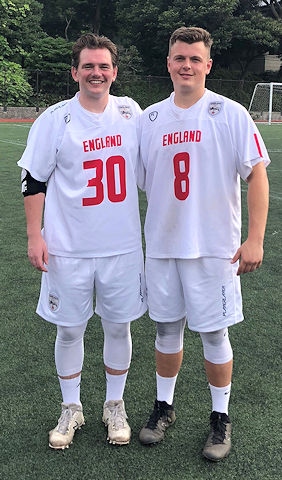 Rochdale’s Danny Matthews has been named as part of the England Senior Men’s First National Team ahead of the 2020 European Championship in Poland.

The final 23-man roster for the 2020 European Championship is made up of players from the training squad and US-based English players currently playing NCAA lacrosse.

Midfielder Matthews started playing lacrosse at 12 years old after a friend recommended going to a summer camp in Rochdale.

By the age of 14, he was getting recognised at county level and was accepted into the England academy set up by 15. At age 18, Matthews captained England’s under 19 team at the World Cup in Vancouver, Canada, where they competed against some of the best teams in the world.

Following on from the success in the World Cup, Matthews was selected to represent the England under 23 squad in a tour of Japan where they competed against some of the best teams in Japan.

England will also welcome Japan for two international double-headers in May. The teams are due to meet in Manchester on 2 May, opening with a women’s game before the headline match between the men’s sides.

The line-up will then be reversed on 3 May with a men’s opener followed by a second meeting between the women’s sides to take place at the Twickenham Stoop.

The final England squad will also travel to Spain in June to participate in scrimmages against other European nations as well as an NCAA Division I lacrosse powerhouse.