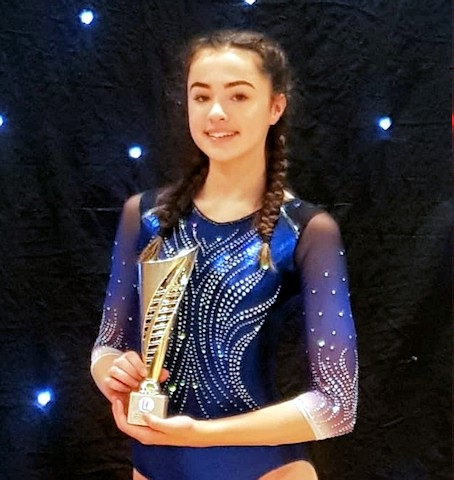 The 14-year-old won the Northern Zonal Final in Newcastle, earning a place in the national schools’ final in Southampton.

She was competing as an individual in the Year 9-10 Novice class and said: “In the set routine I was fourth and then in the voluntary I came second finishing third overall.

“At the competition I was up against the top three from around five different competitions that had been held and the girl that went on to win the title I beat in the voluntary but she then did a better set routine than I did.”

Next year Izzy will be competing in the Year 11 to 14 Intermediate class.

She only took up trampolining two years ago, but has been doing gymnastics for many years, which helps her with suppleness and also to perform moves in the routines.

Izzy said: “Initially, I was self-taught but now I attend a trampoline club, but because of Covid-19 I am not able to go.

“I will get back to training as soon as I can.”

It was the first time any students from Whitworth had taken part in the schools’ trampoline competition.