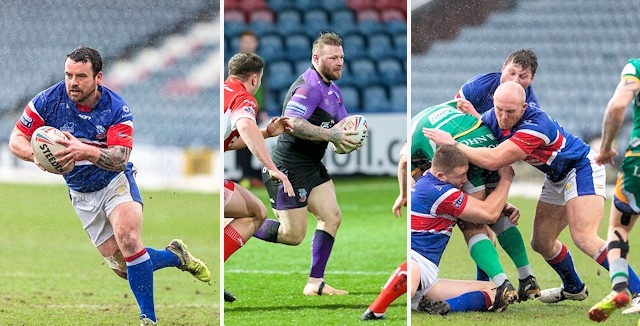 Captain Sean Penkywicz, club captain Shaun Ainscough and Callum Marriott have signed contract extensions with Rochdale Hornets which will see them all stay at the club for the 2021 season.

“I’m made up to sign on for another year,” said Penkywicz.

“Obviously this season didn’t really get started for us all, and I didn’t want to finish off under those circumstances.

“I want to say thanks to Matt Calland and the board and hopefully we can have a successful season once we get started back up.”

On the deal, head coach Calland said: “Sean is a proven match winner and always leads by example on the pitch.

“He reads the game really well and he’s coming to the twilight of his career now and I’m really excited he’s decided to play on for another season.”

He said: "I'm really pleased to be signing a contract extension with the club and to be a part of what we have built as a team from players to backroom staff.

"Hopefully we can build on where we left off when the game restarts.

"It was looking to be a great team that Matt Calland and the coaching staff and board have built, and to be a part of a club that is moving in the right direction and pushing for promotion in the 2021 season is exciting."

On the extension, Calland added: "It's great to have signed Shaun for 2021.

"He was unlucky with an injury earlier this season, and I am sure he will come back stronger than ever.

"He is a player who always gets us on the front foot early in the tackle count and is a real character to have around the place."

BARLA international Callum Marriott has also agreed to a new one-year deal with the club for the 2021 season.

The forward joined Hornets during the 2019 season in May from Rochdale Mayfield and he made 15 appearances last season, scoring three tries.

Head coach Matt Calland said: “I am delighted to get Callum signed for 2021.

“I look forward to working with him again and watching him develop as a player. The best is yet to come from him and he is getting better and better.”