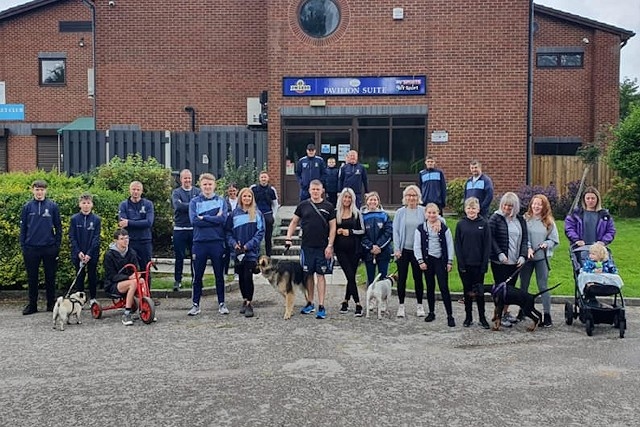 Members of Rochdale Cricket Club have raised over £5,000 to secure the club’s survival.

After the enforced break from cricket due to lockdown, a number of members, supporters and committee members used the suspension by taking up the challenge to cycle to each of the other clubs in the Lancashire League’s first division, raising much-needed funds.

What started out with a relatively simple hop over Burnedge to Crompton developed into something of a “Tour de East Lancashire” with somewhat forbidding excursions to towns and villages separated from Rochdale by lofty hills. Clitheroe, via Bacup and Weir, and Ramsbottom and back using the Owd Betts route were particularly challenging destinations, were all safely conquered, save for one mishap from which the unfortunate cyclist has now recovered.

The climax came last Saturday (11 July) when an even larger group walked this time to nearest rivals Norden. And on this occasion they were led by Ollie Butterworth on his tricycle and were cheered heartily along the way.

Rochdale chairman Mark Reynolds, who himself had puffed his way to a number of grounds was rightly proud of his members.

He said: “It’s been a great effort, and it shows what fantastic spirit we have at Redbrook.”

After a very different season, now it is back to a more traditional summer pastime. Cricket has been allowed to recommence and a shortened Lancashire League season will begin on 2 August with a visit to Todmorden, this time made by car.

In the meantime, Rochdale have some friendlies lined up. This Friday (17 July) they entertain Norden at home in a T20 match (start 6pm), before going to Todmorden the day after.

There are then return matches at Norden on Friday 24 July whilst Littleborough travel to Redbrook on 25 July (1.30pm start).