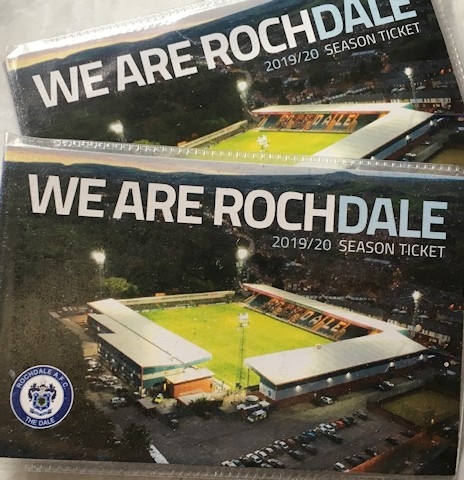 Rochdale AFC supporters who held a 2019/20 season ticket are now able to to decide how to use the rebate amount for the cancelled fixtures at the end of the campaign.

Supporters can request a refund, or for those who are able to waive the refund they can 'donate' the refund back to the club or donate their tickets to key workers and those who have been working throughout the pandemic in the local area.

When lockdown was brought in there were still six fixtures to be played at the Crown Oil Arena and now the club is offering supporters the following options:

For options one, two and three, supporters should email the club (office@rochdaleafc.co.uk) with their intended choice. The cut off point for supporters to inform the club of their chosen option is Friday 14 August.

Where supporters choose option four, they do not need to contact the club to confirm this.

In a statement the club said: "We recognise that times are difficult for many of our supporters and any money that can be put into the club would be an incredible gesture. We intend to thank those fans who choose this option by forever listing their name on our 'Dale Wall Of Thanks' in a prominent position in the Crown Oil Arena."