You are Here: Home » News » Sport News » Cricket: Thornham weekend round up

Cricket: Thornham weekend round up 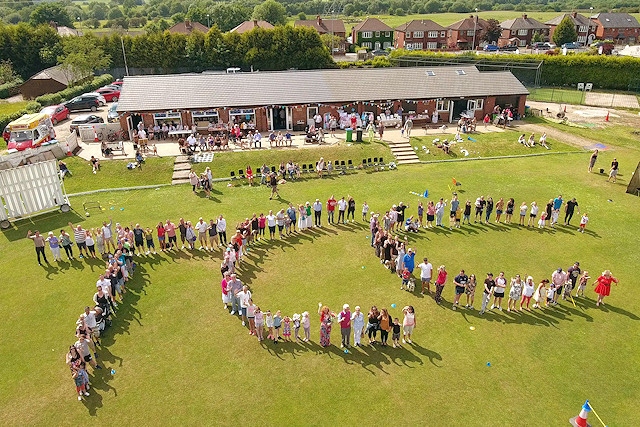 The first team travelled to newcomers Milnrow on Saturday (24 July) with the forecast looking bleak, however thanks to the efforts of the home team’s groundstaff and the willingness of both teams and the officials the game started on time.

Captain Andrew Micklethwaite won the toss and elected to bat. Thornham closed their innings of 40 overs on 164-6 with Scott Howarth top scoring on 37. Howarth was part of an opening partnership 63 with the returning Matt Mansfield. There were also valuable contributions from skipper Andy Micklethwaite who scored 30 from 35 balls, Chris Heywood and Brad Wiseman who both chipped in with 22 towards the end of the innings.

The second innings started well for Thornham with openers Joe Pattison and Chris Heywood restricting the home side to 28-4 as both took 2 wickets.

A little bit of a partnership started to develop with Milnrow captain Dave Bebb and veteran Scott Kershaw before Paddy McMahon bowled Bebb reducing Milnrow to 51-5 and subsequently putting Thornham back in pole position.

Tom Grey having his first bowl since last season also added to the wickets column removing Glover, Lloyd-Jones and Kershaw before Pattison wrapped up proceedings with two wickets to bowl Milnrow out for 98.

At Thornham the second team played the reverse fixture as Milnrow 2nds travelled to Rochdale Road. New captain Alec McClure won the toss and elected to field. Milnrow used all 40 overs up in scoring 207 thanks to a century from Matthew Barlow.

It looked a tough chase however 97 from captain Alec McClure and 33 from Umair Ahmed put the hosts within touching distance, however 5 wickets from Brett Martindale allowed the visitors to take all the points home as Thornham came up short by 32 runs.

The third team also opened their campaign on Sunday with a tough trip to Greenfield who were in the Sunday Premier League last season. Having won the toss Obaid Iqbal batted first and top scored with 33 as Thornham were bowled out for 105. The home side knocked the runs off inside 20 overs and for the loss of one wicket as Danny Bacon scored 52.

This weekend sees a busy one for the club with the start of the GMCL15 competition on Friday (31 July) when Milnrow Rams visit Thornham for a 6pm start. Saturday sees the first team at home against Littleborough Lakeside whilst the seconds travel to Glodwick. Sunday sees the third team play at home against Shaw. All weekend games start at 1pm.