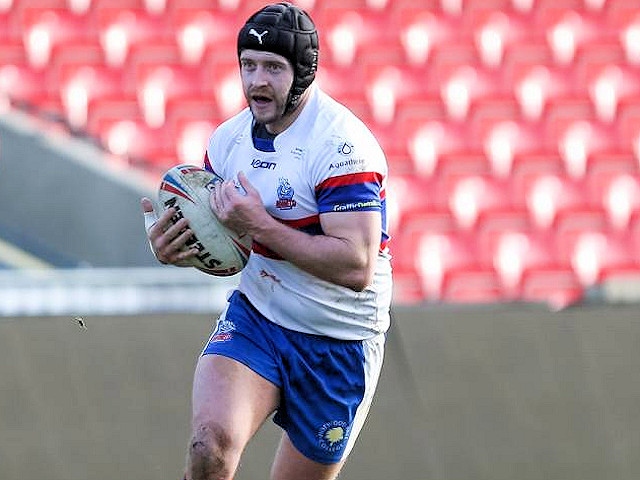 Whalley, who can play both centre and second row, joined the club from Rochdale Mayfield ahead of the 2020 season. He made four appearances including a try against Keighley in Hornets only league game of the year.

He said: "I'm excited to sign a new contract for next year and I'm really looking forward to getting stuck into the 2021 season and working alongside the lads.

"There was a real buzz in camp in the few games we had this year and the 2021 season should be a big year under Matt and all the coaching staff."

On the latest re-signing, head coach Matt Calland added: "Liam is a real strong player. He plays well above his weight and is still only in his 20s, despite looking older than me.

"He can cover centre and second-row, runs great lines and hits hard in defence."

Connaughton agreed to join the club ahead of the 2020 season from Rochdale Mayfield, another example of the strong relationship between the two clubs in the borough. He has also toured Serbia with Lancashire, as well as Canada with GB Police.

Head coach Matt Calland said: "Jimmy is as tough as they come. He's a no-nonsense sort of player and another local lad.

"He has had awful luck with injury, but now he has recovered he will be looking to make a big impact in 2021."

Prop-forward Hesketh also joined Hornets ahead of the 2020 campaign, and a strong pre-season saw the former Thatto Heath amateur awarded with the number 10 shirt.

"I'm chuffed to have signed on for another year with the Hornets," he said.

"I've really enjoyed playing under Matt and the whole team up there in Rochdale and can't wait to get stuck in for the 2021 season before I forget how to catch a ball, it's been that long now!"

Coach Calland finished: "I am thrilled that Adam has re-signed with the club.

"He works really hard on his game and is a credit to the Thatto Heath amateur club over in St Helens.

"He has adapted to the pro game with ease and I look forward to working with him in 2021."