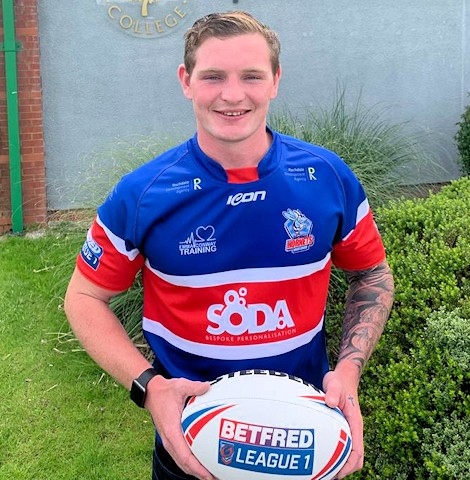 Rochdale Hornets have announced the signing of Josh Jordan-Roberts on a two-year deal.

The 21-year-old is a product of the Leeds Rhinos academy, making his professional debut in 2016 against Leigh Centurions in the Super League Qualifiers.

He has since appeared for Hunslet and Bradford Bulls, as well as playing a part in York City Knights' promotion to the Championship in 2018.

The forward made 19 appearances in 2019, scoring three tries as York sealed a memorable third-place finish in the second tier.

He will now link up with Matt Calland and the squad ahead of the 2021 League 1 campaign.

"It's a new challenge for me and one I’m looking forward to getting stuck into it," he said.

"Matt is assembling a great squad here and next season is going to be a big one with the aim of bouncing back up to the Championship. The club as a whole is on a new journey, and I am looking forward to being a part of it."

On the latest addition, head coach Matt Calland said: " I was really impressed with Josh when we played against York in the Championship. Josh wants a new challenge and is raring to go. He is a level headed kid who has come through the system at Leeds and I'm excited to be working with him next season."

Chairman, Andy Mazey, added: "This is yet another big signing for this club and yet another proven Championship player with his best still to come.

"He has been attracted to our new era and exciting vision we have for the club and he’s a player Matt identified who has plenty of quality, appetite for work and potential to play consistently at a very high level. Welcome JJR!"