Luke Matheson named League One LFE Apprentice Of The Year 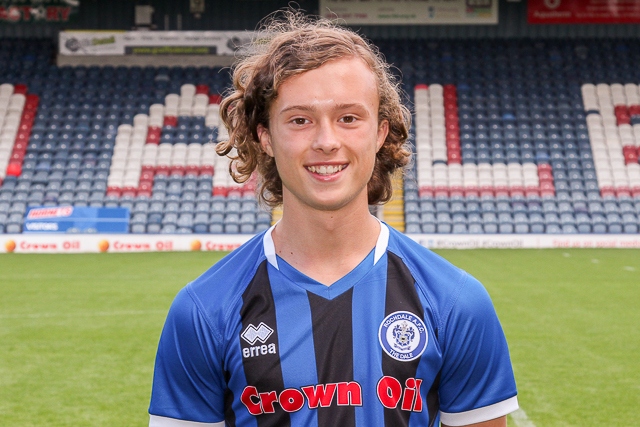 Rochdale Academy graduate Luke Matheson has been named as the League Football Education's (LFE) League One Apprentice of the Year for the 2019/20 season.

Having been with the club since he was nine, Matheson made his first team debut at just 15-years-old in September 2018 and scored his first goal for Dale against Manchester United at Old Trafford in the Carabao Cup a year later.

The England Under-18 international signed his first professional contract with the club in October 2019, shortly after his 17th birthday, before scoring his first EFL goal and playing a key part in Dale's Emirates FA Cup draw against Newcastle United in January of this year.

He joined Premier League Wolverhampton Wanderers at the end of January, before being loaned back to Dale for the remainder of the season.

The right-back made 36 appearances for Rochdale in total.

Luke's success means this is the second year running that a Rochdale Academy player has been named League One Apprentice of the Year after Dan Adshead received the same accolade last year: