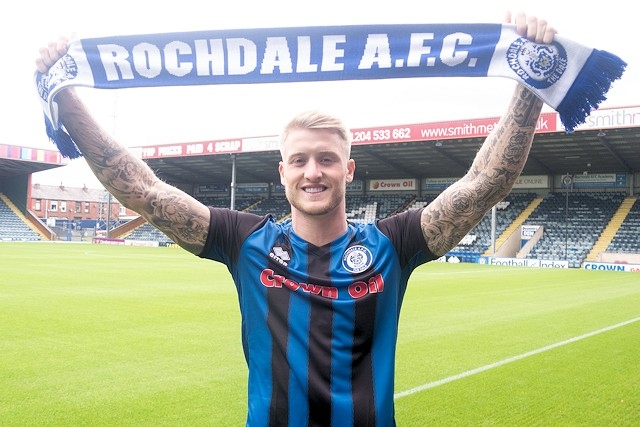 Rochdale Football Club has announced the signing of Stephen Humphrys from Southend United for an undisclosed fee. The 22-year-old joins Dale on a two-year deal.

The move to Rochdale move sees a return to the Crown Oil Arena for the striker, who enjoyed a successful loan spell at the club during the 2017/18 campaign, scoring three goals in 18 appearances, including one against Tottenham Hotspur in a fifth round FA Cup replay at Wembley.

Speaking after putting pen to paper, Stephen said: “I’m so happy to be here. I got a call from my agent a couple of weeks ago to say that Rochdale were interested and I thought it would be a deal that would be hard to do, but thankfully David Bottomley (chief executive at Rochdale) has worked tirelessly to get it over the line.

“As soon as I heard there was interest, I 100% wanted to come back here, so I pushed my agent to do everything he could to get me here. I’m here now and I’m absolutely delighted.

“Brian is a manager with a lot of modern ideas - he wants to play Premier League type football. We’ve just got a new pitch so that will help towards the way he wants to play, so I’m really excited. Hopefully that creates more chances for me to score goals, which is why I have been brought in.

“I’m hoping that I can get in the team and do my best for him.”