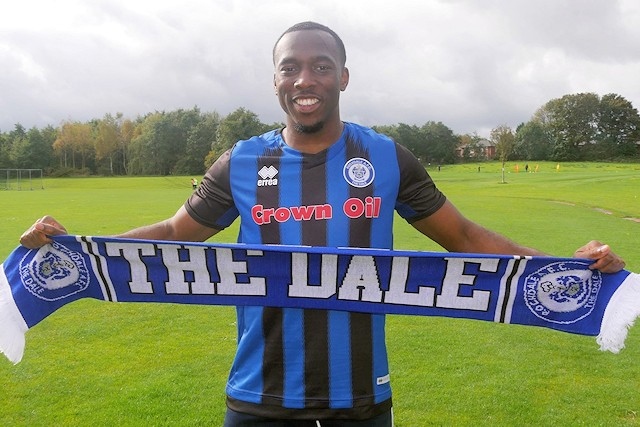 Tolaji Bola has joined Dale on loan from Arsenal

Bola, an England youth international, came through the academy ranks at the Premier League side and is a regular for the Gunners’ Under-23s. He has also been involved in several of the first team’s matchday squads.

The 21-year-old joins Dale on loan until January.

After putting pen to paper, Tolaji said: “I’m pleased to be here and can’t wait to get going.

“There has been talks for a couple of weeks and I’m just happy it got over the line and I can start the hard work.

“I’ve spoken a lot with Brian Barry-Murphy and the coaching staff. It’s really good to hear his ideas and I think we can have a successful season this year.”

On the signing, the Dale boss said: “Tolaji was one of our high priority signings in terms of that position in the squad. We’re very pleased that we’ve managed to acquire him at such a late stage in the window.

“He’s a very good addition to the squad and a continuation, I suppose, of where we were last season with Rhys Norrington-Davies. They’re not the exact same player, but we have a specific profile of what we want for that position and Tolaji definitely fits that bill.”

Bola will wear number three during his time at the Crown Oil Arena.