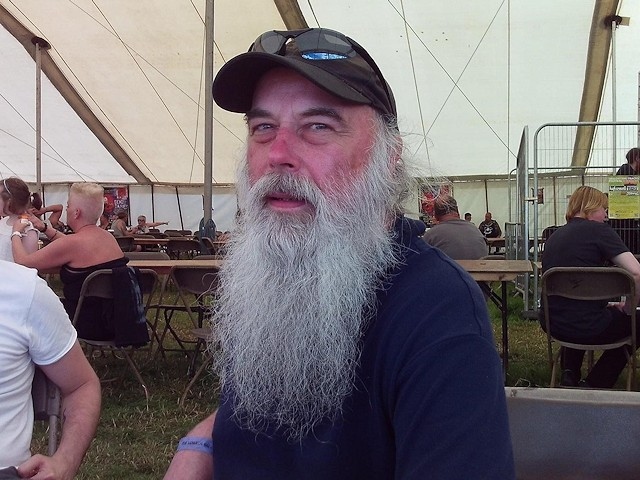 A Hornets fan from Birmingham who followed the team around the country with his friends has sadly died.

Brian and some of his friends followed Rochdale Hornets religiously every week, home or away, becoming known as ‘the Brummie Hornets’. There were initially four but Brian and his best friend, Mike Heath, also known as Mick, were the ones travelling regularly, and they soon became home and away supporters, the start of 20 years’ real enjoyment.

Brian and Mike met through their following of the Solihull Barons Ice Hockey team during the 1980s. They travelled the country following the team until weekend trips became less frequent, then looking for a new interest, choosing rugby league.

At their time of choosing, one team had won only one game in the whole of the previous year: Rochdale Hornets. Rooting for the underdog, they adopted Hornets as their team and started to attend home games the following year.

Both Brian and Mike were invited to the inaugural Hornets Ex Players’ Dinner, then going on to attend further dinners and become well acquainted with some of the former players.

Their visits to Rochdale always started with breakfast at San Remo on Drake Street before moving on to the Church Inn on Willbutts Lane, next to the ground at opening time – before it closed – where they engaged in darts, another one of Brian’s passions, for a couple of hours.

The duo would usually stay at the game for 60/90 minutes afterwards talking about the game and generally having a good time with all their Hornets friends.

At away games, they would find a local pub near the ground before meeting other supporters.

Mike said: “We made some exceptional friends over the 20 years, some of whom are regrettably not with us anymore. We were lucky to make real friends and had numerous weekends staying with them, be it for Hornets games or just general socialising. To us, Sunday was a full day out to enjoy life as a Hornet.

“Brian was a quiet man but he had a wicked sense of humour. Many of our shared Hornets friends certainly told me how they loved his humour and company.

“I was lucky to know him for over 35 of his 61 years and spent a lot of time in his company. He will be missed by me and many others.”

A website in Brian's memory can be found via: https://brianankcorn.muchloved.com/