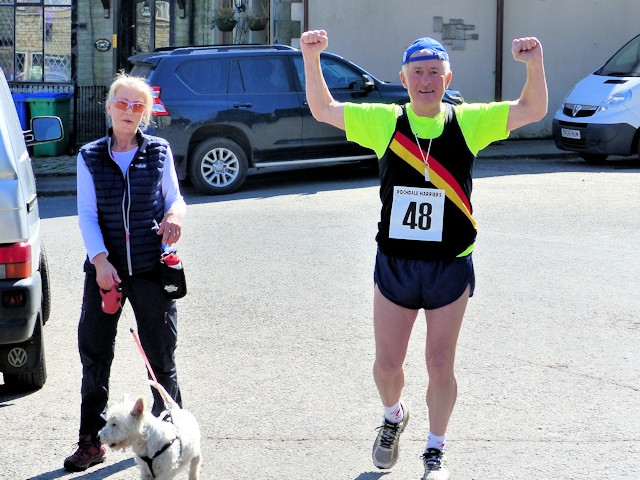 The race, hosted by Cheshire-based running shop Running Bear, is to be completed virtually between Monday 7 and Sunday 13 December – with all participants receiving a limited edition pair of festive socks.

Entry for the race costs £9, with £2 of each entry going to CRY, which aims to prevent sudden cardiac deaths through awareness, screening and research. Their screening programme enables those aged 14 to 35 to have a free electrocardiogram (ECG), which measures the electrical activity of the heart muscle.

Every week in the UK at least 12 fit and healthy people, all aged under 35, die of an undiagnosed heart condition.

Each £2 donation from the entry fee will be matched by Running Bear. Runners are encouraged to wear fancy dress, take on a muddy off-road route, and upload a selfie to social media.

Andy – who will be participating himself – said: “It’s for a great cause, and there are lots of runners who would be glad of the challenge.”

Andy, a former policeman, previously fought bladder cancer in 2016, before undergoing extensive surgery in September 2019 to remove his bladder and prostate.

After being declared cancer clear, Andy swapped organising races for competing, lacing up his trainers for a celebratory ‘very tough’ half-marathon (13.1 miles) in August, just five months after taking up his beloved sport again after his operation.

Between September 1983 and July 2020, Andy organised hundreds of races for numerous charitable causes, many named after people who contributed enormously to the sport.