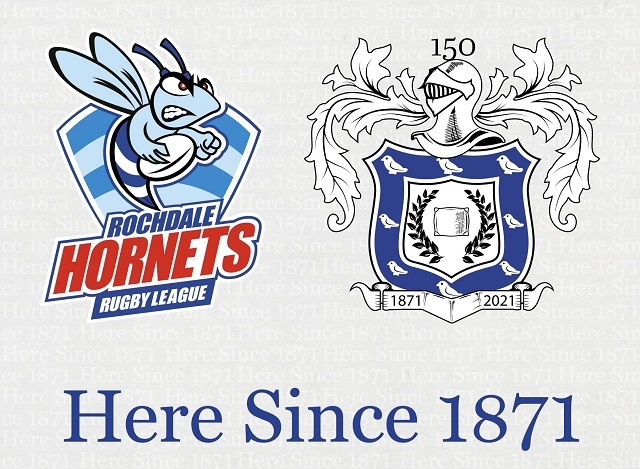 A new crest commemorating 150 years of Rochdale Hornets will feature on the club’s kit for the 2021 season in a new partnership with Supro Sports.

The Manchester-based sports merchandise provider has previously partnered with the Swinton Lions, Sale FC Rugby, York City Knights and Sale 1861, and will now provide Rochdale Hornets’ kit and merchandise for 2021 and 2022.

The anniversary crest will go alongside a revamped club logo in the 2021 season, the club having previously used both the town and borough crests since it was founded in 1871.

The 2021 kit launch plus a new online shop will be coming soon.

Hornets has also formed a new partnership with Future Ticketing for the 2021 League 1 season to make buying tickets easier than ever when supporters can safely return to stadiums.

This will be a cashless operation, and is Covid-19 ready, with track and trace enabled.

The rugby club has also launched its new supporters’ association, ‘All Hornets’, which will help support the club through fundraising and the Squad Builder.

A supporters’ committee will be elected to assist with the running of All Hornets, which will run events when safe to do so. An annual membership fee of £18.71 will apply, fitting with the club's 150th anniversary.

A minimum of £5 for the Squad Builder will also be involved|: in returns, fans will receive an official supporters’ club badge pin, membership card, Squad Builder prizes, club discounts and discounts with club partners.