You are Here: Home » News » Sport News » Schoolchildren put Rochdale’s players and staff on the spot

Schoolchildren put Rochdale’s players and staff on the spot 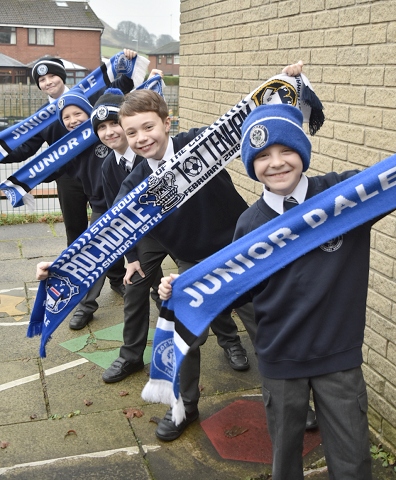 The players and staff at Rochdale AFC took part in a question and answer session with a difference last week – where some of the questions were posed by primary school pupils.

The club’s CEO David Bottomley, manager Brian Barry-Murphy and captain Eoghan O'Connell were among those to answer questions from football-mad youngsters at St James C of E Primary School in Wardle.

The unlikely ‘interrogation' formed part of an event organised by the League One club, designed to put a smile back on the face of Rochdale while fans are currently prevented from watching football in grounds.

‘Behind Closed Doors: What Rochdale AFC can do for YOU’  attracted a virtual audience of 135 with interest coming from ex-pat Dale fans as far afield as New Zealand and Canada.

Among the questions asked by St James C of E Primary School were: Are footballers well paid? Who do you think is the best player in the world? Why did you become a footballer? and What’s the best team you’ve ever played against?

Speaking afterwards, CEO David Bottomley said: “It was a brilliant event and judging by the questions from St James C of E Primary School I think they might give Gary Lineker a run for his money.

“There was a serious point to the event and that’s the fact that the football club is putting all its resources into doing as much community work as possible to put a smile back on the face of Rochdale.

“Everyone knows the financial challenges facing football but it’s easy to overlook the impact the lack of football on a Saturday has on the community – which is why we organised the event.

“Our manager Brian Barry-Murphy said what the players do off the pitch is even more important than what they do on it in terms of their development.

“We’re fully committed to making Rochdale the country’s most family-friendly club and the fact we had questions from all over the world shows there’s a lot of love for Rochdale.” 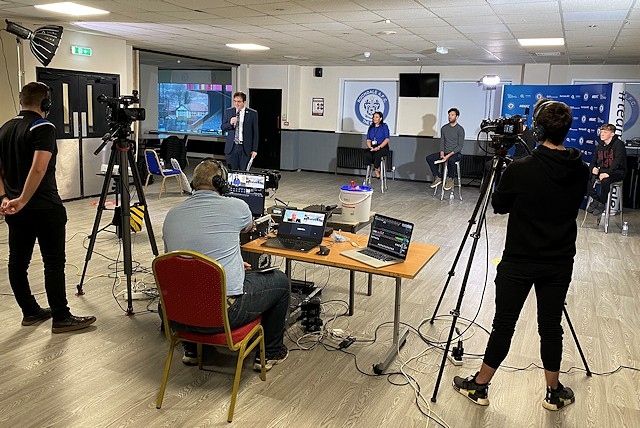 The event was also used to break the news that 17-year-old rising star Ethan Brierley had signed a three-year professional contract with his hometown club.

The final speaker was commercial director Frances Fielding who praised the support of the club’s sponsors during the pandemic.

She said: “We are a community club and if anyone wants to contact me with ideas of things we can do please email me at Frances@rochdaleafc.co.uk.”

The event was hosted by award-winning journalist Chris Maguire.