You are Here: Home » News » Sport News » Aspiring racing star from Rochdale lines up against F1 legend on virtual grid 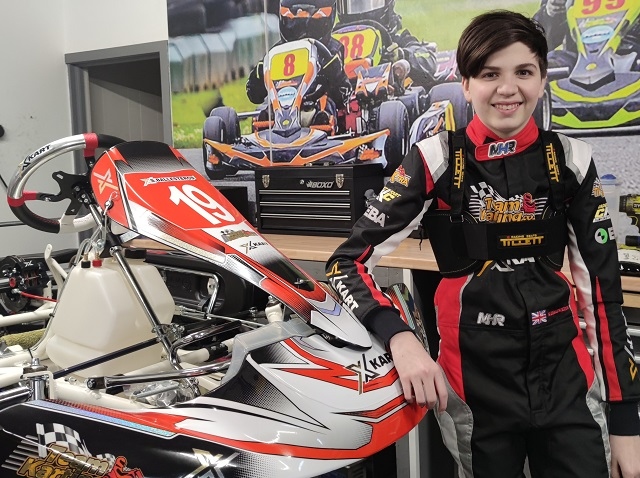 A 13-year-old racing driver from Rochdale, who is part of an all-disabled sim (simulated) racing team, has fulfilled an ambition of racing against one of his F1 heroes.

Sandro Ballesteros, who is currently in year 9 at Wardle Academy, is a member of eTeam BRIT, the sim racing arm of all-disabled Team BRIT, and raced against former F1 champion, Jenson Button in a race earlier this month.

The race, held on Friday 8 January, was part of the eTeam BRIT GT Challenge, and saw the former champion representing Rocket eSports, taking on 28 racers from eTeams across the country.

The race took place on the virtual track at Bathurst with drivers competing on the state-of the-art rFactor2 platform, creating realistic racing simulations for PC users. Following the race, Sandro’s eTeam BRIT lies in third place in the championship overall and will race against Jenson again this week.

With the country in national lockdown once again, sim racing has enabled Sandro, who lives with autism, to keep focused on his racing passion ahead of his planned year of racing with brand new kart racing team, X-Kart.

Sandro was diagnosed with autism when he was three and showed a natural flair for karting when he had his first try out in a kart at age six. He began racing in Daytona Bambinos, and won his first Bambino Championship in his second year of karting aged seven, and went on to score numerous podiums in cadet karts.

More recently in his first year of junior pro-kart championships in 2019/20, he finished third in the winter series.

During lockdown Sandro has competed in a range of e-sports series including in 2 x 24-hour races as part of Team ‘Racing with Autism International’, a karting team supported by Team BRIT and bringing together the top drivers with autism from around the world.

Rochdale entrepreneur, owner of TeamKarting race track and Team BRIT driver, Matty Street, who also lives with autism, has been a mentor to Sandro for years.

Together they have served as autism ambassadors, presenting to groups and schools on the challenges of the condition and inspiring other young people to get involved with motorsport. Matty founded ‘X-Kart’ in the UK last year and invited Sandro to join the team. Sandro and his teammates will race in the Junior Kart Championships and Whilton Mill Championship later this year.

Sandro said: “Racing against Jenson Button was incredible. I never thought I’d be competing against an F1 champion, even if it was virtually. There’s no other sport that I love or am as good at as racing and I’m really looking forward to racing with Team X-Kart and eTeam BRIT this year. We’ve got a really strong team of drivers and I hope we can battle for some podiums.”

Sandro’s father, Tony Ballesteros said: “For as long as I can remember, Sandro has been in love with cars and racing. Even when he was two, he had an electric ride-on car which was the only thing that made him calm down and focus on something. We used to have to keep spare batteries charged so it wouldn’t run out!

“When he started karting, we saw a calmness in him we had never seen before, and some of the autistic traits that caused challenges day to day, were well suited to karting... his hyper-focus, determination, fearlessness, attention to detail and rules.

“He’s impressed a lot of people out on the track and clearly has a natural talent which is fantastic and exciting. He’s worked alongside Matty for years, who has acted as a big brother and mentor to him, and I know it means a lot to Sandro to be invited into eTeam BRIT and Team X-Kart, which are both showing some amazing promise for next year.”

Sandro will line up against Jenson again in the next round of the championship on Friday 22 January at 7pm.