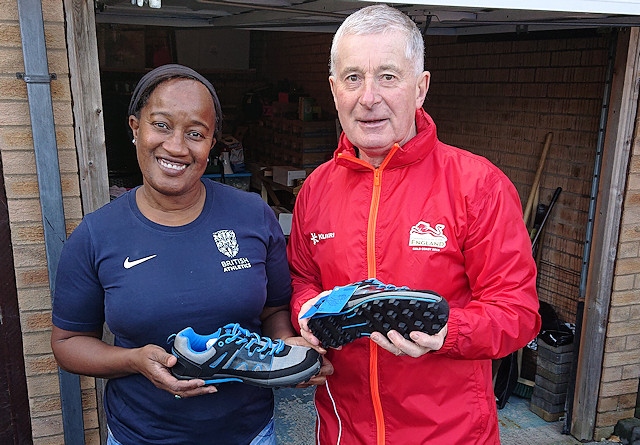 The race, hosted by Cheshire-based running shop Running Bear, is to be completed virtually between Wednesday 10 February and Wednesday 17 February – with all participants receiving a limited edition pair of themed socks.

Andy – who will be participating himself – said: “It’s for a great cause, and there are lots of runners who would be glad of the challenge.

“This might just be what local runners and joggers need.”

Running Bear say: “Love is in the air and we're encouraging runners to get together in pairs and share our love of running. If you enjoyed our Christmas Cracker event, why not get off road again, the muddier and more challenging the better.” 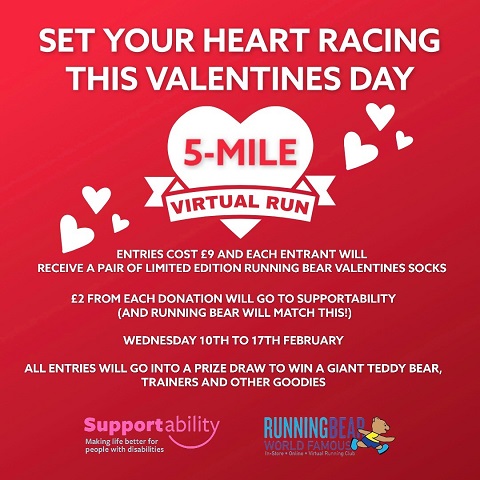 Andy, a former policeman, previously fought bladder cancer in 2016, before undergoing extensive surgery in September 2019 to remove his bladder and prostate.

After being declared cancer clear, Andy swapped organising races for competing, lacing up his trainers for a celebratory ‘very tough’ half-marathon (13.1 miles) in August 2020, just five months after taking up his beloved sport again after his operation.

Between September 1983 and July 2020, Andy organised hundreds of races for numerous charitable causes, many named after people who contributed enormously to the sport.

Entry for the race costs £9, with £2 of each entry going to Supportability, a Stockport-based charity which provides a wide range of activities and support for children, young people and adults with physical and/or learning disabilities and autistic spectrum conditions.

Each £2 donation from the entry fee will be matched by Running Bear.