You are Here: Home » News » Sport News » Rochdale driver makes a return to the BMW Mini series in 2021 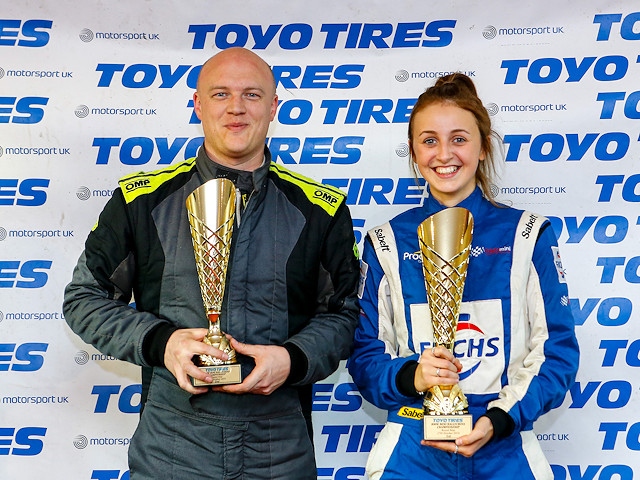 After a successful debut season in the British Rallycross Championship in 2019, Rochdale driver Steve Brown will once again swap the rally stages for circuits as he makes a return to the popular BMW Mini series in 2021.

After his rallying plans were put on hold last year due to the pandemic, Brown only managed two stage events and one circuit outing, meaning much of the season was spent on the side-lines. With the uncertainties continuing over the return of stage rallying in the UK in 2021, Brown has elected to switch his attention back to the track and a second campaign in the BMW Mini championship.

“I certainly didn’t think I’d be returning to the British Rallycross Championship so soon but now we have put the final piece of the jigsaw in place I’m very excited to head back to the series for a second time,” said Brown.

“Rallying is going through a tough time at the moment and I wanted little more certainty to my 2021 season after a nightmare in 2020. I’d been considering a return for a while and the more I looked into it the better proposition it became, and it soon became an easy choice”.

As part of the 5 Nations British Rallycross Championship, the hotly contested single-make BMW Mini formula will provisionally visit five different race circuits in the UK, plus a visit to the iconic SPA Francorchamps track in Belgium to close out the season.

After spending most of his competitive career contesting stage rallies, a one-off guest appearance in the BTRDA Rallycross series in 2017 offered a new avenue to explore with a full campaign in the British Championship being offered in 2019.

His campaign didn’t get off to the best of starts, with power and steering failure in the opening round final at Silverstone putting him on the back foot from the off, but a host of podiums followed which led to Brown finally securing an impressive third place in the BMW Mini series standings on his maiden rallycross season.

Brown has his sights set on going one better in the championship this time around.

“I learnt a lot about rallycross in a very short space of time in 2019 so hopefully that means I can hit the ground running this time,” he continued.

“It wasn’t so much about the car control or handling; it was the race craft aspect of the discipline which was tough to get my head around, but I soon learnt how to get the most from the qualifying sessions and final. It would be nice to do better than third and with my previous experience that is certainly going to be the aim. It’s really great to be back and big thanks must go to my long-standing backers for sticking by my throughout the season once again”.