You are Here: Home » News » Sport News » Rochdale AFC chairman steps down "due to personal reasons"

Rochdale AFC chairman steps down "due to personal reasons" 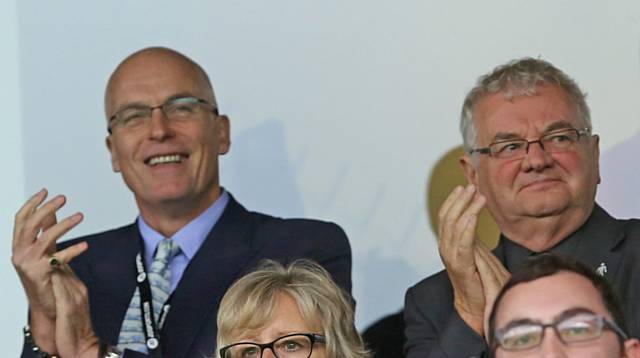 Andrew Kilpatrick has stepped down as chairman of Rochdale AFC (Thursday 18 February).

A statement on the Rochdale AFC website reads: “Andrew Kilpatrick has informed his fellow board members today of his immediate decision to stand down as Chairman and Director of Rochdale AFC.

“Andrew has cited personal reasons for this decision which the board have accepted.

“The board will be meeting in the early part of next week and further information will be released in due course.

“The board would like to acknowledge Andrew’s contribution both as Chairman and President of Rochdale AFC over many years.”

Kilpatrick was named chairman of the club in December 2018, shortly after being named a director.

He replaced outgoing chairman Chris Dunphy who had served as a director and chairman for over 30 years.

Mr Kilpatrick, an investment banker, is the son of the late Brian Kilpatrick, who was also a director of the club. He had previously served as the Rochdale club president prior to his positions as director and chairman.