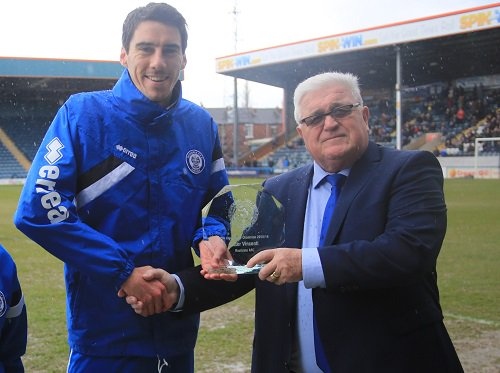 Rochdale AFC director Andrew Kelly has been named as the interim chair of the club, following the resignation of Andrew Kilpatrick last week.

Mr Kilpatrick stepped down on Thursday (18 February), citing personal reasons for the decision.

Mr Kelly has been a director at RAFC since 2006, with a special interest in developing the academy. Andrew was a RAFC scholar in his youth, during the reign of Tony Collins in the 1960s, and thus has a long association with the club.

He will remain interim chair until a permanent chair is elected.

Furthermore, the club’s third and fourth largest shareholders – Dan Altman and Emre Marcelli – have joined the board.

A statement on the Rochdale AFC website reads: “Dan Altman has been working in professional football since 2014. As owner of North Yard Analytics, he has advised multiple clubs in the Premier League, Major League Soccer, and other competitions around the world. He is also the creator of smarterscout, an online scouting platform covering more than 50 leagues with advanced player and squad analytics.

“RAFC’s technical staff have had exclusive access to smarterscout’s complete database since December 2019, as well as tactical analysis of opposing teams during this season. Dan will be helping to guide RAFC’s search for a Sporting Director.

“Emre Marcelli is a fund manager and credit risk expert. After a lengthy career in consumer finance and capital markets, he opened his own fund in New York. He also has significant experience in financial due diligence of European football clubs. Emre will be working with [finance director] Tony Pockney and [non-exec director] Nick Grindrod to oversee the club’s finances and identify investment opportunities.”