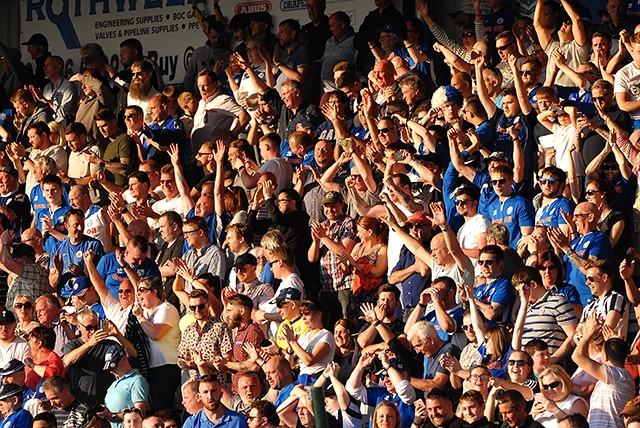 Rochdale AFC’s new directors will be taking part in the forthcoming virtual fans’ forum next month.

Manager Brian Barry-Murphy and first team coach Lee Riley will be on the panel, alongside the club’s new interim chair, Andrew Kelly.

Due to social distancing rules, other members of the board, including new directors Dan Altman and Emre Marcelli, will be joining the forum via video call.

Mr Kelly was named as the interim chair of the club, following the resignation of Andrew Kilpatrick last week, whilst the club’s third and fourth largest shareholders – Dan Altman and Emre Marcelli – joined the board at the same time.

Speaking about his appointment, Mr Kelly said: “The unexpected departure of our chairman Andrew Kilpatrick has resulted in my appointment as interim chair.

“I will stay in post until a permanent chairman has been appointed. A virtual fans' forum has been arranged when board members, Brian Barry-Murphy and Lee Riley will answer questions from supporters. As previously stated, my appointment is temporary. However, I pledge to do the job to the very best of my ability and commit to do it with sincerity, openness and transparency.

“With this in mind, any of our supporters who wish to contact me personally can do so either by writing to me here at the Crown Oil Arena, or by arranging a personal (socially distanced) meeting at the club. I will meet individuals or small groups as necessary, but I do not intend to respond or react to any comments on social media.”

Upon their appointments to the board, Dan Altman said: “Emre and I are delighted to join the board of this historic football club.

“We are grateful for the trust the board has placed in us and will endeavour to repay it with our work on behalf of the staff and supporters.

“We will continue to invest our time and resources as we seek to bring the club success both on and off the pitch.

“We are looking forward to meeting supporters, albeit virtually, for the first time when we join our fellow directors on the panel for next month’s fans' forum.”

The virtual fans' forum, which is sponsored by Zen, will be held on Wednesday 10 March at 7pm, live via YouTube:

Questions can be submitted in advance by email to media@rochdaleafc.co.uk