You are Here: Home » News » Sport News » Joe Howard is one of motorbike racing's most talented riders and will be one of the youngest in this year's Thundersport 600 Elite class 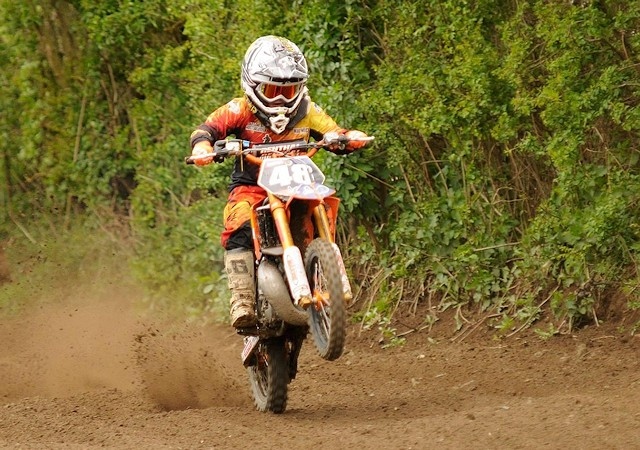 A teenager who started motorbike racing after his father’s death has become one of the sport’s most talented young riders, being crowned Thundersport Superteens 2020 champion last season.

This season Joe Howard, of Newhey, will move up to a Yamaha 600 in the Thundersport 600 Elite class when he turns 16 in the summer – one of the youngest in the class – after three rounds of Superteens on a smaller 300 bike.

Joe started riding following his father’s death due to prostate cancer in 2012, encouraged by his father's friend Brian Spreadborough, owner of Murphy’s North West, who made a promise to Joe’s father that he would look after his son when he died, and so they started going out on a ‘little bike’.

Brian said: “I found out that he was very good on the bike, so I bought him a KTM 50 motorcross bike. We were out every weekend racing and at the age of nine he was the Off-road Motorsport (ORMS) national champion! The year later he won the YMSA Midlands championship on a 65cc.”

Joe soon built up his talents; he believed racing was an escape mechanism and a challenging hobby to focus his mind. At the age of 12, Joe transitioned to an Aprilia Superteen race bike and started racing with Thundersport GB.

Speaking on Joe’s win last year racing a Kawasaki 300, Brian continued: “We worked hard all season in 2020, being second coming into the last round at Caldwell Park, Joe had to win every race that weekend in order to take the title. When he crashed in the qualifying and did not get a lap in, this made it a very hard job to do, but Joe came from 26th on the grid to win all four races and become the Superteens champion.

“This season, we are doing the first three rounds of Superteens on the 300 and then once Joe turns 16 he will be riding a Yamaha 600 in the Thundersport 600 - Elite class which is being built by McAMS Yamaha [British superbike team]. He will be one of the youngest on a 600 in the class.”

Joe has become one of the most talented amongst his division, not being beaten in his last five races. Not only does the 15-year-old from Newhey hold the Superteens 2020 crown, but he also holds lap records at both Oulton Park and Mallory Park tracks.

Beginning in May at Norfolk’s Snetterton Circuit, Superteens is a class for junior riders from 13 to 19 years of age. Riders can compete on any production-based machine with a 12 or 13-year-old novice permission.

Along with Brian, Graham Tonge, Karl Murphy and Dorian Burt make up ‘Team 48’ to support Joe at races up and down the country.

The Thundersport series goes all over the country on major racing tracks, from the start of May all the way through to October 2021.