You are Here: Home » News » Sport News » Altman and Marcelli step back from involvement in Rochdale AFC due to ‘unresolved internal issues’ 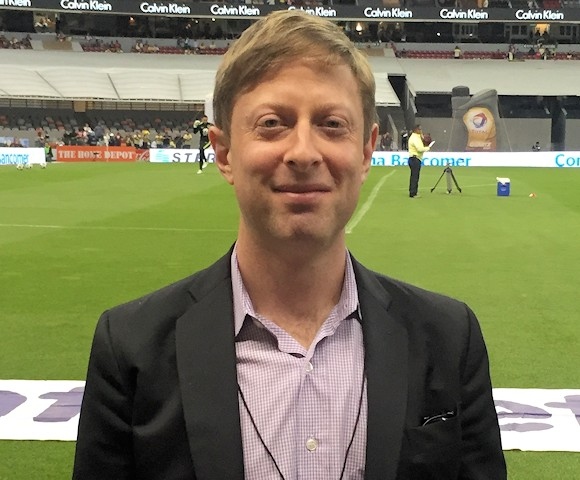 Rochdale AFC shareholders Dan Altman and Emre Marcelli have stepped back from their involvement in the football club as a result of what they refer to as “serious internal issues” which “have not been resolved.”

A statement released by the American shareholders, who had been invited to join the club’s board as directors before putting their acceptance on hold, says they suspended acceptance of the directorships after ‘learning of serious internal issues at the club within hours of accepting’.

Messrs Altman and Marcelli claim the “aforementioned issues have not been resolved in what we would consider to be a satisfactory or timely manner.” They said that they will continue to hold their shares but have stepped back from involvement with the club, and will now “consider other opportunities”.

The statement reads: “In February of this year we were offered directorships of Rochdale AFC and were delighted to accept. However, within hours of accepting we learned of serious internal issues at the club that we felt had to be resolved by the existing board before we could join. For that reason, we suspended our acceptance of the directorships.

“Since then, the EFL’s administrators have approved our directorships, but the aforementioned issues have not been resolved in what we would consider a satisfactory or timely manner. As a result, we have decided to step back from our involvement with the club. We will continue to hold our shares but will consider other opportunities to deploy our expertise and the significant resources of our partnership.

“We regret that we were not able to find a way forward with Rochdale AFC during roughly two years of discussions with the club’s executives and directors. We believe that a multi-million-pound investment in a new training ground, improved facilities, a sporting director, and additional commercial staff would have paid substantial dividends on and off the pitch.

“We hope that the club can move forward under new and progressive leadership once its interim regime has concluded, and we continue to support the club from afar. We will have no further comment except to say, hopefully not for the last time, up the Dale.”

Responding, the board of directors at Rochdale AFC said they were “surprised at the timing and content” of the shareholders’ statement.

The board points out “directors apologised to our supporters for the lack of transparency regarding the extension to the First Team Manager’s contract” before thanking the shareholders for their interest in the club, for providing assistance with their analytical platform and adding that it “looks forward to their continuing support as shareholders and fans.”

The board, which says it has met with “several serious investors” over the past few months, adds that it has “now reached a key stage with a number of highly interested parties who have signed Non-Disclosure Agreements and share the ambition of Rochdale AFC that was presented to Dan and Emre over two years ago, including the development of our own training facility.”

The board’s statement concludes by saying: “As a board of directors we are committed to discussions with any person that could legitimately provide significant investment to fulfil the ambitions of Rochdale AFC. As agreed with the Dale Supporters Trust, further updates on investment propositions will be provided following the board meeting on 19 April.”

Recent events at the club has caused concern for supporters, including the sudden resignation of chairman Andrew Kilpatrick and the discovery that the manager's contract had been extended without this being communicated to fans.

The Dale Supporters Trust has also issued a statement, saying the statement from Dan Altman and Emre Marcelli had been read 'with great concern'.

The trust says their claims of “serious internal issues” at the club and their “dissatisfaction “at the club’s handling of those concerns is “very much at odds” with expectations.

The statement reads: “We have for many years taken pride in how our club stood tall amongst its peers and could always be relied upon to do things in what we could consider to be ‘the proper way’.

“Therefore it was especially worrying to read that their decision had been based upon “serious internal issues” at the club and their dissatisfaction at the club’s handling of those concerns. This seems very much at odds with what we expect from our club.

“We have spent the day with several prolonged conversations with a number of relevant parties, and it is our intention to announce our next step within the next 24 hours.

“This short delay will allow us to make sure our actions are responsible, well-thought through and hopefully result in clarity for our membership.”