You are Here: Home » News » Sport News » Matty gears up to get back on track with Team BRIT

Matty gears up to get back on track with Team BRIT 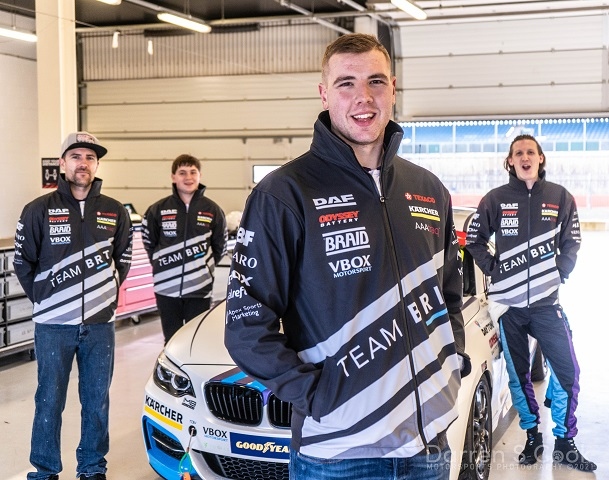 Matty with some of his team mates

A racing driver from Rochdale is preparing for the first race of the season with an all-disabled racing team, as Covid restrictions ease and allow them to get back on track.

24-year-old Matty Street is about to start his third season with Team BRIT, racing in the Britcar Championship.

Team BRIT aims to be the first all-disabled team to race in the Le Mans 24 hour and supports people with physical and psychological challenges in accessing motorsport through its Racing Academy.

Matty was diagnosed with dyslexia, dyspraxia and Asperger’s (a form of autism) when he was at school. At the age of 12 he discovered karting, which had a huge effect on him and helped him manage the challenges that Asperger’s can cause. He won a £30k scholarship to go racing at the age of 14 which opened doors to the expensive world of motorsport. He studied motorsport engineering then went on to secure a degree. He now runs five karting businesses including X-Kart and Rochdale’s TeamKarting.

Matty will be racing in the Trophy Category of the Britcar Championship, with the first race taking place on Sunday 25 April at Silverstone.  He will move up a class from last year and will race in the team’s specially built, bespoke BMW M240i, alongside teammate Andrew Tucker.

Matty said: “My whole life – work, friends, hobbies, exercise, is all based around motorsport, so lockdown has been really hard for me.

“Being able to get back on track with the team is fantastic and we’re in such a great shape for this year.  Andy and I have the pleasure of racing in a brand new car, which the crew has worked on tirelessly to be super competitive, and together we’re going to pose a real challenge to other teams this year.”