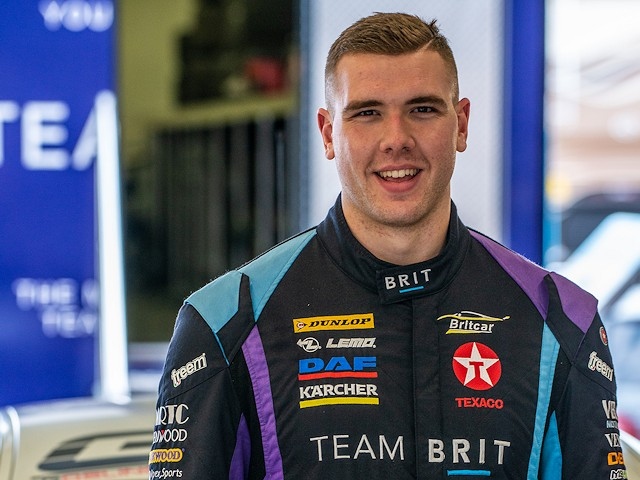 Rochdale racing driver Matty Street is celebrating after an amazing start to the season, where he was named ‘Driver of the Day’ in his opening race.

24-year-old Matty opened his third season with Team BRIT, racing in the Britcar Championship at Silverstone on Sunday 25 April.

Team BRIT aims to be the first all-disabled team to race in the Le Mans 24 hour and supports people with physical and psychological challenges in accessing motorsport through its Racing Academy.

Matty was diagnosed with dyslexia, dyspraxia and Asperger’s (a form of autism) when he was at school. At the age of 12 he discovered karting, which had a huge effect on him and helped him manage the challenges that Asperger’s can cause. He now runs five karting businesses including X-Kart and Rochdale’s TeamKarting, the UK’s highest rated karting track.

Matty raced in the Trophy Category of the Britcar Championship on Sunday, moving up two classes from last year and teaming up with Andrew Tucker in the team’s specially built, bespoke BMW M240i.

A strong opening performance saw the pair qualify in seventh place. In race 1, Matty made an incredible set of moves to see him push up the field and up to second place by the third corner. A safety car caused some bunching on track and a slight issue in the pits put him back to eighth place. Andy pushed on in his opening stint, gaining a place and finishing in seventh.

An amazing effort from Matty in race 2 took them from seventh to fourth. An unfortunate technical issue in the pits meant Andy dropped to the back of the grid, and drove fantastically well, getting the car home within the top 10 in ninth. Matty was later named ‘Driver of the Day’ by race organisers.

Matty said; “I was really happy with how I performed this weekend. In race one I was leading the pack at one point - you really don’t get much better than that.

“It was a great experience for me and really shows that the car team has built is a competitive one.

“It’s a shame we had the issues we did, but I’ve got no doubt we will have a handle on them for the next race.

“It’s been a real team effort this weekend and I couldn’t be happier with all the hard work the guys in the garage/workshop put in. To be named driver of the day was amazing but in my opinion, it was ‘team of the day’.”

Matty races again in round 2 at Snetterton on Sunday 9 May.

Information on Team BRIT can be found at www.teambrit.co.uk