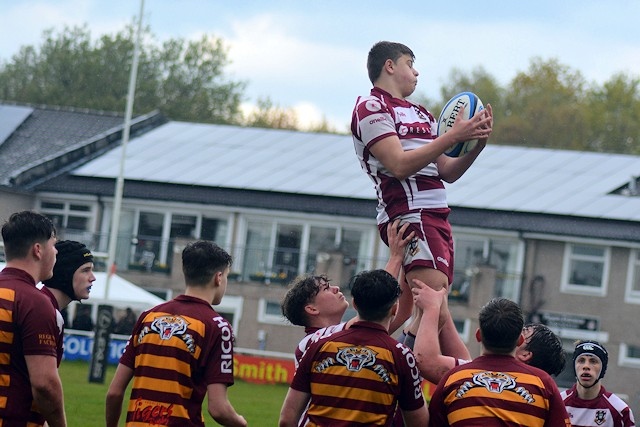 What was that... laughter, chit chat, horseplay, interaction? Oh yes! Rugby is back, although in a modified version - no scrums or mauls. Never mind, after zero competitive action for over 12 months it was just good to see two teams enjoying the freedom we have all missed on Sunday (2 May).

The day commenced with a guard of honour from both teams for Rochdale player Danny Tomlinson as he continues his recovery from Leukaemia.

With the change in the laws it was interesting to see how Rochdale would adapt their forward-based game to accommodate the lack of attacking opportunities provided by scrums and mauls. As it happened, the forwards relished running into open spaces and handling was pretty good considering the rather wet and wintery conditions.

Territorially, Rochdale began to get on top and, after moving the ball inside for a couple of phases, Mitchell Holt took the ball to the narrow side, drew the last defender and found James O'Connell on the wing who ran in unopposed to open the scoring (0-5).

Rochdale began to capitalise on the platform being built by their domination at the rucks, where Ben Sunderland was outstanding in either stealing or disrupting the opposition's ball. After one such intervention, the ball was fed to Will Simmons who straightened and powered through several would be tacklers. The ball was quickly recycled and spun left allowing Zak Baker to dive full length into the corner for Rochdale's second try (0-10).

With the deteriorating weather the game became bogged down in the middle of the pitch and there was no more score in the first half. 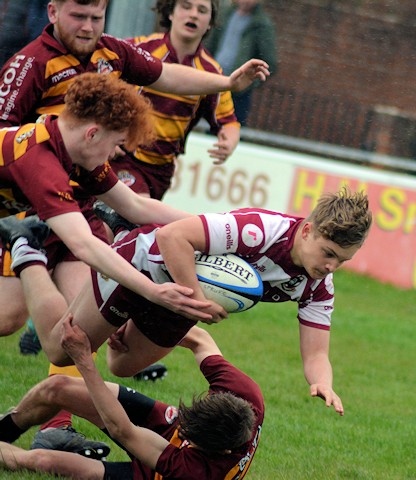 Sedgley started the second half strongly and capitalised on some Rochdale indiscipline to exert pressure in the visitors 22. After some sustained drives through the middle, a switch in play allowed them to create space out wide and the centre darted through for a deserved score (5-10).

Rochdale were making life difficult by conceding too many penalties and were in danger of handing the initiative to the home team.

It's to their credit that they went back to basics and strong carries from Garrett Myers and Kai Potter, coupled with good lineout work from Bendan Hankinson and Charlie Bleackley got them back on track.

After another strong carry by O'Connell, taking play close to the opposition try line, Sunderland burrowed his way over to put daylight between the two teams. Tom Shaw added the extras (5-17).

There was time for O'Connell to cap a Man of the Match performance with a thundering run down the 10 channel after another slick lineout provided quality possession for him to crash over the whitewash (5-22).

Mention must be made of debutant Max Cooper who had a couple of timely interventions, one thundering tackle snuffing out a three man overlap in the process. 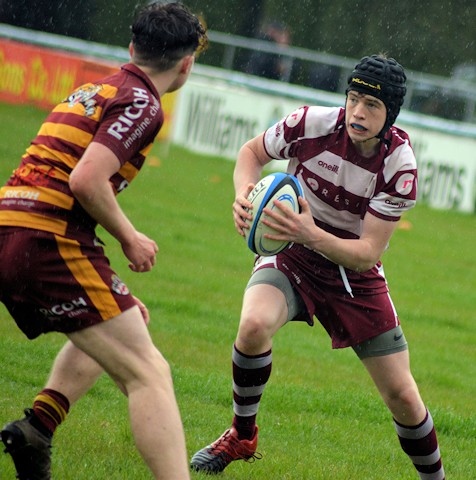 All in all a great team performance with everyone playing their part, from the back three of Ollie Simpson, Ben Kershaw, Gabe Fraser and Max Cooper retrieving kicks and tackling, to the hard work of Joel Rigby, Paddy Kershaw, Nick Wright, Tom Drennan and Charlie Roche clearing rucks, tackling and making the hard yards. It's just good to be back.