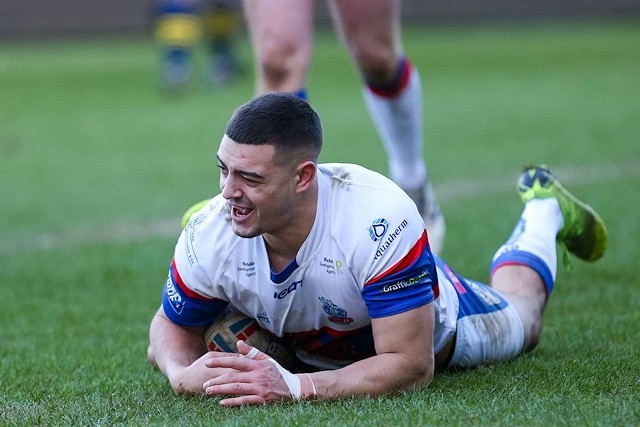 Hornets almost completed a second-half comeback when they travelled to the Keepmoat Stadium on Sunday 16 May to take on Doncaster, but came up short by eight points, losing 30-22.

The sun was shining when the game began but 80 minutes later the pitch was sodden, and defeat was on the shoulders of the Hornets.

Lewis Sheridan started at full-back for Hornets, while Callum Ogden and Ryan Forshaw made their first-team debuts.

It was the hosts who opened the try scoring with two tries in the opening ten minutes with Brandon Douglas scoring from close range before Jason Tali scored after quick hands from Misi Taulapapa.

Twenty eight minutes came and went before the next score and once again it was the hosts who grabbed it when debutant Oliver Greensmith went over from close range to make it a three try game.

Despite being 18-0 down, Hornets grabbed a try back on the stroke of half-time when Ben Calland produced a quality pass to his winger in Shaun Ainscough who touched down to make it 18-4 at half time.

The phrase ‘a game of two halves’ best described this fixture with Rochdale having the better style of play, however they did concede the first try in the second half with Sam Smeaton crossing over in the 50th minute.

Matt Calland's side decided to rally together with Zak Baker crashing over next to the posts to make it 24-8 and soon after Luke Fowden went over to give the Hornets some hope. Both tries were converted by Sam Freeman, who made a mid-game switch to fullback from the wing.

Once again a mistake lead to Doncaster scoring with Greensmith collecting a botched kick to score his second of the game.

With ten minutes to go the hosts were heading to victory but a try from Jack Higginson gave Rochdale a slim chance of spoiling the party. Momentum was with the Hornets who looked aggressive going into the last five minutes. However, the Dons defence stood tall and kept Calland's side from inflicting more damage.

Despite a strong second-half, it was too much to overcome as Doncaster claimed the two league points in the second round of Betfred League 1.