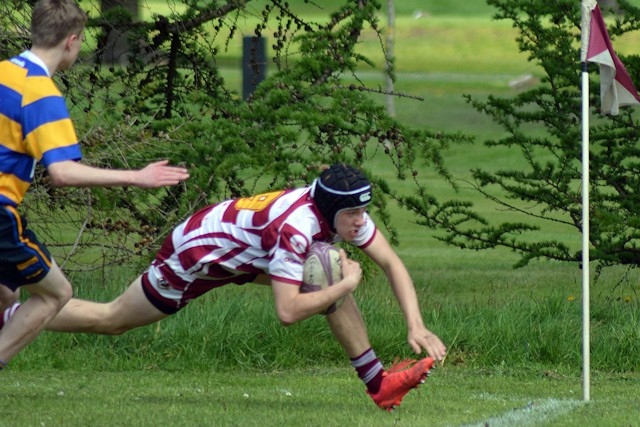 On an ideal day for rugby, Rochdale welcomed Burnley to Moorgate Avenue and straight from the off it was clear that Burnley would present a direct and physical challenge. They powered up their counter ruck and surprised Rochdale on the first couple of engagements. Rochdale learnt their lesson quickly and protected the ball more effectively thereafter.

Once Rochdale got into the opposition 22 they began to make inroads with strong forward carries by Garrett Myers and Jacob Jackson, allowing the home team to put width on the ball and stretch the defence. Eventually swift hands lead to an overlap with James O'Connell receiving the scoring pass and crossing the whitewash (5-0).

Burnley kept up the intensity with some aggressive tackling but Rochdale maintained their composure and, when they were able to build phases, progressed down the field.

On their next visit to the opposition's 22 it was good pressure following a kick through that saw Ben Sunderland turn the ball over and drive over from close range to register the second try (12-0).

Burnley couldn't build up any continuous pressure but certainly managed to develop some attacking threat with individual breaks. However, Rochdale stuck to the game plan of building phases through the middle using their forwards before spreading the ball out wide. This again paid dividends with more swift handling allowing the try to be finished off with a 20m sprint to the line (19-0).

The half ended early after an injury to one of the Rochdale players which thankfully turned out not to be serious. 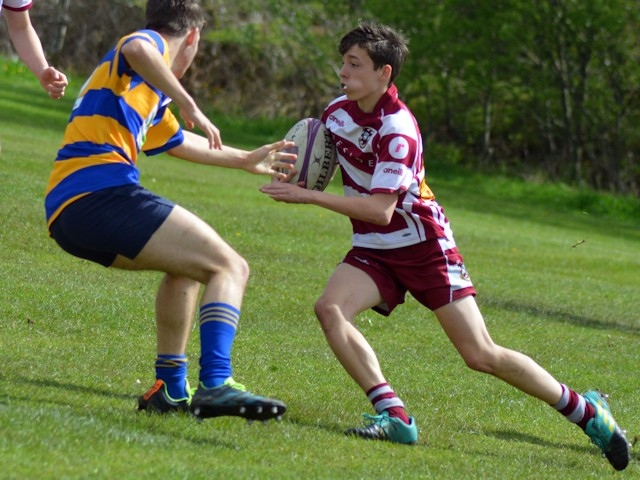 Rochdale kept up their attacking mentality after the break. Following a scrappy piece of play, with both teams turning over possession, the ball found its way to Zac Baker who, from just inside the opposition 22, got to the outside and beat the cover defence to score in the corner (24-0).

Full credit must go to Burnley who continued to play their own brand of rugby which saw them open their account as the scrum-half powered through following some sustained forward pressure on the Rochdale line (24-7).  Back came Rochdale and, with more of an individual effort, Owain Williams glided through a static defence to score out wide (29-7).

It was now that Burnley's discipline began to let them down and they gave Rochdale some easy entrances into their 22.  From the first opportunity a cross-field kick was gathered by Will Simmons to touchdown in the corner.  Then a 5 metre tap and pass allowed Myers to crash over and, finally, Ben Kershaw fought his way over out wide to conclude the scoring (48-7).

The score in no way reflected how hard fought and competitive the game was and the Burnley players and coaches should be proud of their performance. The two standout performers for Rochdale, who are both improving week on week, were Tom Drennan and Kai Potter - both making numerous carries over the gain line.

All in all, a really well rounded team performance. Man of the match could have gone to any number of top performers but Tom Drennan took the award for ball carrying, tackling, kick chasing and an all round energetic performance.