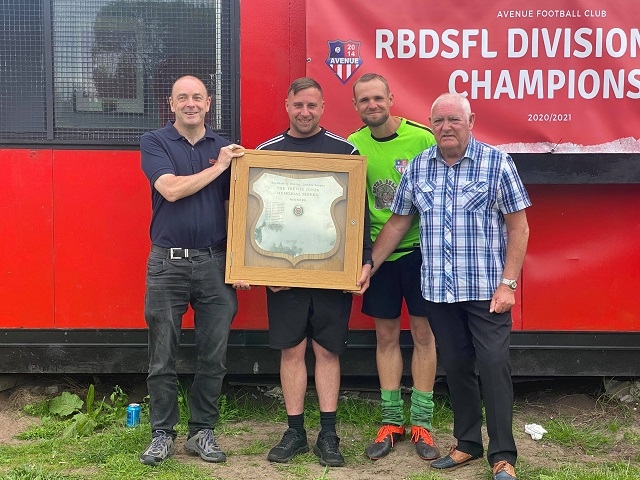 After beating previous champions Rochdalians to the top spot on goal difference in an enthralling season, the trophy was presented to the team by Mike Clarke and Trevor Jones, of RBDSFL, in a small ceremony at Avenue’s home ground Heywood Sports Village on Sunday (6 June).

Avenue striker Lewis Byrne was also named as the top scorer in the Premier League.

This is the first time Avenue has won the top division after being promoted as champions of division two in 2018/19.

Club secretary Gemma Tobin said: “Avenue have been an absolute pleasure to watch this season. All of the players gave 100% throughout the season and worked hard together to secure the title.

“Myself and the other committee members are immensely proud of the achievements of the team this season. The lads fully deserve the credit for a fantastic league campaign led by managers Rob Barnes and Mike Turner, and assistant manager Andrew Light.”