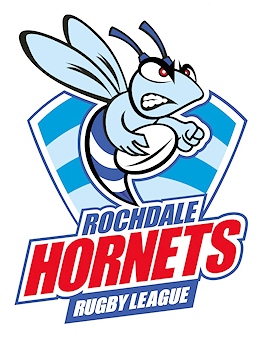 Rochdale Hornets travelled to South Leeds Stadium on Sunday 6 June to face Hunslet in the Betfred League 1, with both sides looking to bounce back from defeats in the previous round.

Late changes saw head coach Matt Calland name Declan Sheridan on the wing and Adam Hesketh in the starting XIII to replace Gavin Bennion, while Ben Forster moved to the bench for his official debut.

Sean Penkywicz and Zac Baker returned to the starting side from injury, while Dan Nixon was set to make his debut for the club on the wing and Jimmy Connaughton from the bench.

It was the hosts who opened the scoring through Alex Brown, as Hunslet ran the ball on the last and the winger found space to dive over in the corner on the eighth minute. Six minutes later, Alex Rowe powered his way over close to the line to extend the lead to 12-0, both converted by Dominic Brambani.

A young Dan Nixon was showing his enthusiasm through his hard work in defence, and Hornets hit back on the 19th minute through skipper Penkywicz. A great switch of play from Ryan Forshaw back to Penkywicz saw the veteran hooker chase his own grubber kick to score our first of the afternoon, converted by Josh Jordan-Roberts.

Fuifui Moimoi was shown a yellow by the official for an off-the-ball incident on the 23rd minute, and Hunslet used the extra man to their advantage as Joe McClean crashed over through the middle for an 18-6 score.

However, Hornets hit back just before the half-time hooter through D.Sheridan, as a beautiful pass from his brother Lewis Sheridan saw the hooker-playing-winger go over in the corner untouched for a 18-10 score at the break.

Again, it was Hunslet who were first from the restart as Brown went over for his second of the afternoon on 46.

Three minutes later, L.Sheridan powered his way over from dummy-half to threaten a comeback, converted by Jordan-Roberts for a 22-16 score.

With Brambani off for the second half due to injury, Jy-Mel Brown extended the home side’s lead through a penalty conversion on 56 minutes, and not long after Rowe doubled his tally with another powerful charge for a 30-16 score.

Forster entered the field in the second half to make his official debut, and made some good carries against a strong Hunslet pack, while Connaughton also impressed on debut before an injury saw him leave the field during the second 40.

L.Sheridan scored his second of the afternoon after a slick inside ball saw him race away and beat the fullback with a dummy to Danny Yates for a 30-22 score.

It was end-to-end rugby league in the remaining 10 minutes, but it wasn’t to be as centre Tom Ashton crashed over for the hosts just before the full-time hooter for a 36-22 defeat for Hornets.