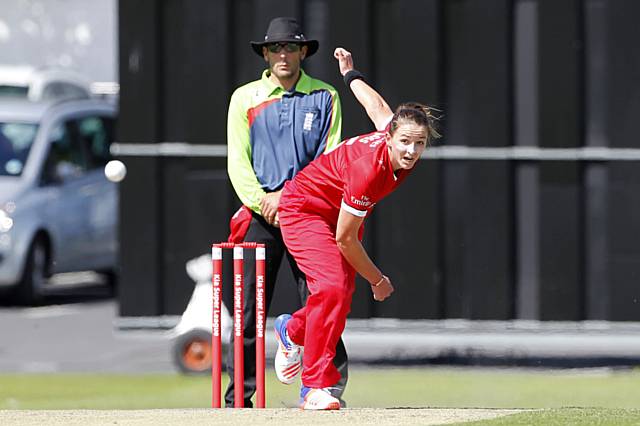 Former Heywood cricketer Kate Cross has been called up to the England Test squad to play India alongside Rochdale-born captain Heather Knight.

Cross’ last Test match outing for England was against Australia in August 2015.

Cross, 29, began playing cricket at the age of eight, rising to international level after being the first female to be accepted into the Lancashire County Cricket Club academy.

In 2015, Cross became the first woman to play in the Central Lancashire League in its 123-year history. Cross made her Lancashire debut at the age of just 13 and was accepted into the Lancashire Academy at 15.

She won her first England cap in 2013 and has played for the Lancashire and now North West Thunder team in every edition of the Women's Cricket Super League.

Knight, 30, began playing cricket in boys’ and men’s teams when she was eight after moving to Plymouth.

Head Coach Lisa Keightley said: “It’s been hard to pick a squad given the balance of needing cover in a Covid world while wanting to give players as much chance as possible to play cricket.

“We want players to have opportunities out in the middle so we’re looking to reduce our numbers slightly ahead of the Test to give the non-selected players that chance.

“I’m really excited by the summer ahead. We’ve been working really hard across the last 10 weeks, India are a strong side and it’s the beginning of a two-year journey for us that takes in two ICC World Cups, an Ashes and the Commonwealth Games.”

The two teams will then play three one day matches and three Twenty20 matches.