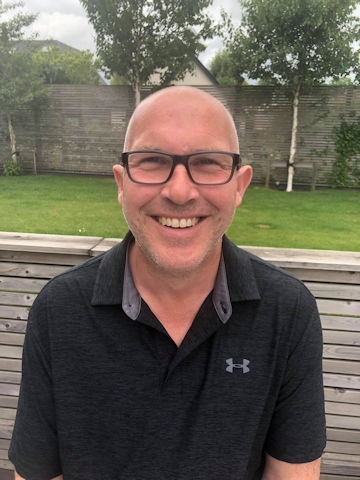 Simon Gauge has been elected as the new chairman of Rochdale Football Club.

Simon was named as one of three new directors who joined the board last week alongside Richard Knight and Jamie Sarsfield following the departure of David Bottomley and Graham Rawlinson from the board.

At a board meeting earlier this week, Simon was elected as chairman by his fellow directors and will take up the position immediately.

On his appointment, he said: “As a supporter and season card holder, I was extremely grateful to have the opportunity to, firstly, become a new director along with Jamie Sarsfield and Richard Knight, and then absolutely thrilled to be nominated as chairman by my fellow directors.

“To be given the opportunity to affect the club in a positive manner is a privilege and honour.

“As chairman, I am very keen to draw a line under the well documented problems of the past year – albeit learning lessons from them – and all move forward as one.

“We are very lucky as a club to have directors, staff, shareholders and supporters alike that care so much and are so passionate about the club. I very much see my role as being the figurehead for the Board to try and unite all of these groups and get everybody pulling in the same direction.

“We have now had over a year of Covid restrictions and the club faces many challenges, not least financial, and we all have our part to play, however small that maybe.

“Season cards are soon to go on sale, and it is more important than ever that fans come back to the Crown Oil Arena in larger than ever numbers to give the team vocal support in our quest to get back to League One.

“We have also made the decision that we will call another EGM to get authorisation for a share issue. This will be quite different to the last set of resolutions brought to the last EGM. The terms of this issue will be very clearly set out and it will give directors, existing shareholders, Season card holders and all supporters the opportunity to purchase shares in the club and cement our place as one of the few fan-owned clubs in the EFL, generating much needed funds.

“If we can be successful with the above it really does put us in a good position to stabilise the club and move forward with our ambition to be a self-sustainable League One club, with a dream of promotion to the championship.

“I would also like to thank Andrew Kelly for his work over many years on behalf of the club, and especially for stepping in as interim chairman. We are extremely grateful that he has agreed to stay on as a director and look forward to the continued success of our academy.”