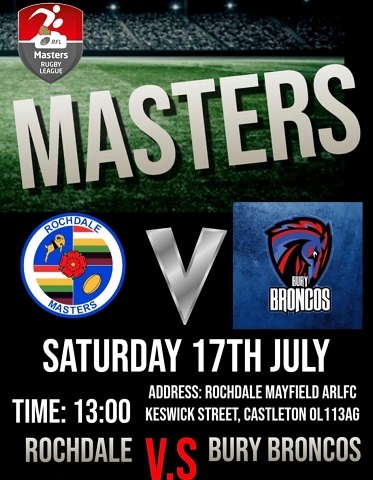 A new amateur rugby team for men aged 35 or over has been formed at Rochdale Mayfield.

The Rochdale Masters side has been formed by Carl Abraham to encourage older players back to the sport and support grassroots clubs whilst having fun.

Carl has played rugby from a young age, starting his journey with local side Spotland Rangers before joining the military and completing a full 24 years’ service.

During his time in the forces Carl represented various regiments, The Corps of Royal Engineers and the British Army. Whilst serving in the UK, he would return home at weekends and stand-down periods to represent Rochdale Mayfield. 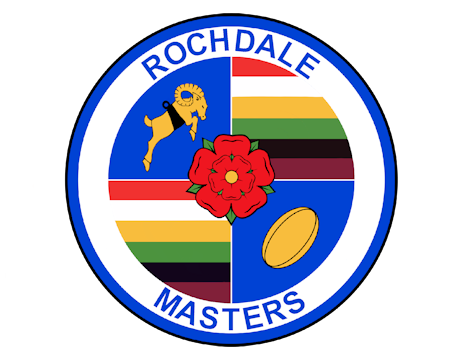 Carl said: “Historically, the borough has had numerous successful amateur rugby league clubs and we believe the town rightfully deserves a platform to encourage older players the opportunity to get back playing and supporting grassroots clubs whilst having fun and making great memories on and off the field.

“It doesn’t matter if you’re a newcomer to the greatest game, one of the many ex-professionals living in the town or an individual who just wants some free extra physical exercise. The only rule is you need be aged 35 and over.

“We also want to represent all past and present teams from Rochdale so no matter what club or code you’ve played for, you’ll be met with open arms at any of our training sessions/events. We do have a couple of shirt sponsors, but we’re always on the lookout for more.”

“Masters is also a great tool to support any charity fundraising, with local charities close to our hearts ‘The Stephen Gartland Foundation, Jolly Josh and Rochdale Hornets Sporting Foundation being proudly chosen as our nominated charities,” added Carl.

All training and matches will be held at the home of Rochdale Mayfield ARLFC, in Castleton, with training being held every Friday from 6-7pm.